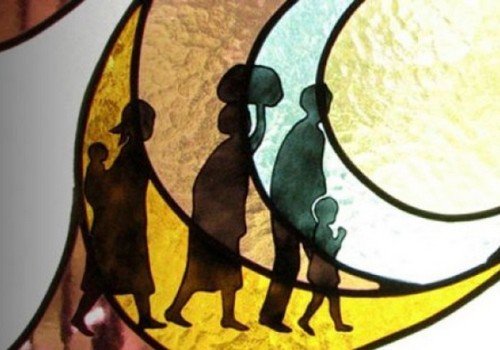 ACI chairman, Brian Lawrence, has joined a historic group of Australian Catholics including a number of bishops; Catholic Religious Australia (CRA) and the CEOs of several major Catholic health and social services providers in writing to Prime Minister, Scott Morrison, raising serious concerns for two groups of people that remain on the margins of our community and vulnerable to both the predations of the COVID-19 virus and the despair that comes with it.

All 44 signatories have decided that it is time for the letter to be made public, and for Catholics around the country to join in the movement to ensure nobody is left behind, Catholic Outlook adds.

“Right now Australia is home to more than 1.5 million temporary visa holders,” said Fr Peter Smith, Promotor of Justice and Peace, Catholic Archdiocese of Sydney. “These women and men are members of our communities and congregations: they pray in our pews, work in our restaurants, farms, factories, aged care homes, supermarkets, and NGOs, study in our schools and universities, and live in our neighbourhoods. And we have abandoned them to their fate.”

“We need to look to Singapore to see what can happen when a wealthy, sophisticated nation cares only for their own citizens and tries to ignore all those in their country,” continued Fr Smith. “This virus doesn’t recognise passport status; it devastates everyone equally.”

“Many of the women, children, and men we support were already living in severely overcrowded dwellings. Now, as rental arrears build up and some landlords continue to threaten eviction, we are likely to see a surge of temporary visa holders in clusters of Western Sydney who are unable to self-isolate or practice social distancing,” Ms Gottardo continued.

“Our Federal Government’s exclusion of temporary visa holders from a basic temporary net is creating a situation in which people cannot protect themselves or the wider community from COVID-19,” concluded Ms. Gottardo.

Bishop Vincent Long OFM Conv of Parramatta, the Chairman of the Australian Catholic Social Justice Council, pointed to an even more vulnerable group saying, “People who have been trafficked, victims of modern slavery, people seeking asylum, and women on temporary visas experiencing domestic violence are all excluded from support and access to Medicare and safe homes. This is not who we want to be as a nation.”

“We are really heartened to see the Tasmanian government give $3 million to support migrant workers in their state. This is not just welcome financial support it is an act of compassion and solidarity that recognises the vulnerability of these workers and the need to protect all people affected by COVID-19 for public health reasons,” Bishop Long said.

The letter also highlights imminent danger posed by the virus for the most distraught group of people – those who came seeking Australia’s protection and who are currently being held in hotels and detention centres across Australia.

Given the circumstances in which they live, this group cannot meet required physical distancing measures and are vulnerable to guards and service providers entering and leaving the facility at will, and potentially carrying COVID-19.

The signatories to the letter ask the Federal Government to remember its responsibility for ensuring safety and human rights of everyone residing within its jurisdiction, even temporarily.

Everyone in Australian community who is in hardship as a result of the COVID-19 pandemic, including people seeking protection, must be given temporary access to a financial safety net, Medicare, and adequate shelter if they are homeless.

Nobody should be left behind in this time of extraordinary need.

Read the public letter to Prime Minister Scott Morrison below:

On the 7th of April, 2020, an historic group of Australian Catholics service providers, Religious Orders and Bishops wrote to Prime Minister, Scott Morrison, and applauded he and his government for showing leadership and agency in the face of this global pandemic. The Prime Minister was congratulated for deploying the vast resources of our wealthy nation in an effort to protect all Australians, including the vulnerable and ensure no one is left to deal with this pandemic on their own.

However, the letter raised two groups of people that remain on the margins of our community and vulnerable to both the predations of the COVID-19 virus and the despair that comes with such vulnerability.

In the first group there are more than 1.5 million temporary visa holders in the Australian community. Many thousands are members of our congregations: they pray in our pews, work in our restaurants, farms, factories, aged care homes, supermarkets, and NGOs, study in our schools and universities, and live in our neighbourhoods.

They are losing their jobs but have no access to any form of financial safety net, to Medicare, to temporary shelter, and to fundamental support services such as free legal advice. Support from overseas family members may also be affected. Most cannot return home at this time.

Within this population, some are in an even more precarious situation: trafficked people and victims of modern slavery, people seeking asylum, and women on temporary visas experiencing domestic violence. For them, the impacts of COVID-19 and the exclusions from government support sit atop an already dangerous and exclusionary reality.

There are also people seeking asylum and refugees living in the community supported by volunteers who provide meal assistance through food banks and vouchers. At present, the number of volunteers has significantly dropped due to social distancing requirements and yet there remains an urgent need for stocking food banks. We are already seeing all kinds of public health and economic impacts: a surge in homelessness, and destitution, including people without food on their tables; a concomitant growth in people who find they cannot meet social distancing and self-isolation requirements; and an increase of already sick individuals without Medicare who are unable to seek timely health care.

The second group includes the people who came seeking Australia’s protection and who are currently being held in hotels and detention centres across Australia. This group have no choice about whether they take the vitally needed steps in maintaining physical distance and hand and coughing hygiene. Despite having committed no crime, they are being held in detention where social distancing is impossible and they are vulnerable with guards and service providers coming and going. We join with the Australian Society for Infection Disease and the Australian College of Infection Prevention to urge the Morrison-government to release asylum seekers and refugees from detention.

To this end, we ask that everyone in the Australian community who is in hardship as a result of the COVID-19 pandemic, including people seeking protection, be given temporary access to a financial safety net, Medicare, and adequate shelter if they are homeless.

Christians across Australia, including Catholics, have consistently shown concern for the welfare and lives of people who are on the margins. As Catholic leaders, we do the same.

We ask the Federal Government to remember its responsibility for ensuring safety and human rights of everyone residing within its jurisdiction, even temporarily. In the same way, we hope that foreign governments will be mindful of the needs of Australians stranded abroad at this time.

None of us have ever experienced what we are going through today. It is a health crisis and becoming an economic crisis, but we must not let it become a crisis for our shared humanity. We must widen the circle of protection and care to include every person in Australia. Our health demands that as does our humanity.

Most Reverend Bishop Greg O’Kelly SJ, Apostolic Administrator of the Archdiocese of Adelaide and Bishop of Port Pirie