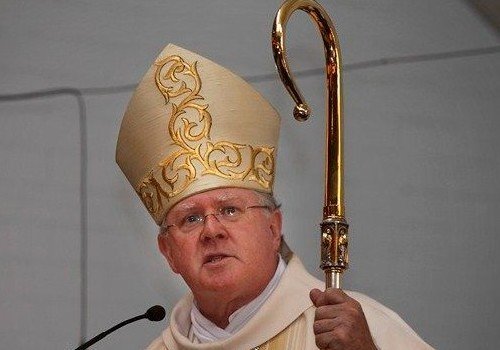 When you’ve been around for a couple of millennia, you learn a bit about adjusting to changing times, writes Archbishop Mark Coleridge at Brisbane Catholic.

That’s the Catholic Church: our two thousand years as a global religion have brought memories and insights from the most dramatic changes the world has known. It was said of the Bourbons who followed Napoleon that “they forgot nothing and learnt nothing”. Well, over a long period of time the Catholic Church has forgotten little and learnt plenty.

That’s one of the strengths we have to offer as we look to the challenges and opportunities that COVID-19 presents to this nation and the world.

The Church doesn’t have to go too far back into our history to find guidance for these times. In 1891, Pope Leo XIII published his now famous open letter Rerum Novarum on the Rights and Duties of Capital and Labour.

Leo’s letter was the first time the Catholic Church had really engaged with the modern world. Until then the modern world was seen as a threat more to be condemned than engaged.

Leo XIII had followed Pope Pius IX who had served for more than thirty years during a time of convulsive change in the world because of the industrial revolution, the bloody political revolutions that plagued the nineteenth century and much more. Increasingly through his long pontificate Pius turned his back on the modern world and so too did the Church.

But then along came Leo XIII to offer a genuinely Gospel response to a dramatically changed world, a voice that wasn’t ideological or political but evangelical in the best sense. This was new, and it began the tradition of Catholic social teaching which has found voice in every Pope from Leo to Francis.

We’re in a situation now where the world has changed, perhaps forever, and the principle duties and responsibilities of employers, employees and governments are as much in focus today as they were when Rerum Novarum was issued.

The governments of Australia have done well in responding to the COVID-19 pandemic, especially since they, like the rest of us, had entered new territory and have had to make big decisions in a strange, fast-moving environment.

The Prime Minister’s recent National Press Club address laid out some fundamentals for the nation’s next steps, emphasising “access to essential services, incentive for effort, respect for the principles of mutual obligation … all translated into policies that seek not to punish those who have success, but devise ways for others to achieve it”.

We now have a chance to shape society in ways that weren’t possible before this crisis. But that can’t be left just to our political leaders. The whole community has to be creative in new ways, building on the kind of creativity we’ve shown through the crisis. The Church wants to be part of this process, and it has a unique contribution to make – not as politicians or economists but as people of faith who have forgotten little and learnt plenty, especially about the human being and what makes for a flourishing human society.

We have our own distinctive voice and we have our own communities on the ground across the nation. If you put all of the Churches together, we have an extraordinary reach into the community. We’re in the small rural towns. We’re in the regions. We’re in the cities. We have tens of thousands of workers in schools, hospitals and at the frontline of social services. We’re everywhere.

The path ahead will require some tax reform, but not necessarily tax cuts.

It will require industrial relations reform, but not reduced working conditions and job security under the guise of increased flexibility.

It will certainly require leadership that can imagine an Australia where we have full employment and a standard of living that matches the dignity of the human being.

The strange thing is that COVID-19 which has been such a curse is also opening new doors which may lead to unexpected blessings. There are new opportunities. But the catch-cry of the crisis will still apply: We’re all in this together. The same sense of solidarity that is carrying us through the pandemic will carry us into the future. We are in this together – all Australians; and the Church wants to be a good companion on the road ahead, helping to identify new opportunities and what is needed to respond to them.

Mark Coleridge is the Catholic Archbishop of Brisbane

A chance to shape society in ways that weren’t possible before the crisis; but as a community, not just the political leaders (Brisbane Catholic)