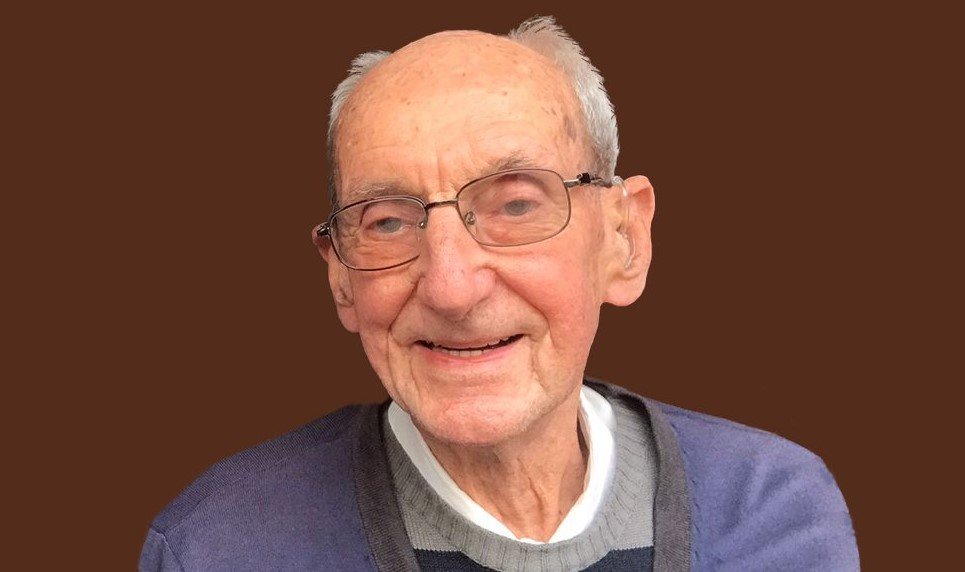 He died peacefully in his sleep under the care of the Dominican Sisters at Marian House in Boksburg in the early hours of Monday October 17.

Born Denis James Harry Nolan in Cape Town on September 2, 1934, Nolan was born to a family of South Africans of Irish descent, who lived in Gardens. He went to school at St. Joseph’s Marist Brothers in Rondebosch and after a period working for a bank, entered the Dominican Order of the Catholic Church in 1954, taking the name Albert.

Awarded the ‘Order of Luthuli in Silver’ by then President Thabo Mbeki in 2003 for his “life-long dedication to the struggle for democracy, human rights and justice and for challenging the religious ‘dogma’ especially the theological justification for apartheid”, Nolan inspired a generation of Christian activists and theologians.

His dedication to the anti-apartheid struggle saw him decline the prestigious role of Master of the Dominican Order to which he was elected in 1983, as it would have meant him being transferred to the Order’s Rome headquarters. Instead, he convinced the Dominicans to allow him to remain in South Africa. At the height of the second State of Emergency in 1986, he was forced into hiding in order to escape from the notorious South African Security Police. Nolan was particularly vulnerable to arrest for steering the drafting process of the Kairos Document in mid-1985, which arose primarily from the work of grassroots theologians in Soweto and Johannesburg, but which he and Reverend Frank Chikane of the Institute for Contextual Theology (ICT) played a central role in editing.

Described as a ‘theology from below’, the document critiqued the role of the churches in apartheid South Africa, dismantled any theological justification for racism and totalitarianism and proposed instead a ‘prophetic theology’ akin to Liberation Theology.

From 1973-1980, he served as national chaplain for the National Catholic Federation of Students (NCFS) and also, until 1980, for the Catholic Students Association (CASA), which was formed in 1976 after black students began organising themselves into separate formations as Black Consciousness flourished.

In 1977, Nolan was instrumental in establishing Young Christian Students (YCS) in South Africa after he attended an International Movement of Catholic Students gathering in Lima, Peru, in 1975, where he was introduced to the See-Judge-Act method of social analysis and was inspired by Gustavo Gutiérrez, who later also became a Dominican and who is regarded as one of the pioneers of Liberation Theology.

From 1977-1984, Nolan served as national chaplain of YCS, which affiliated itself to the United Democratic Front, initially formed in 1983 to oppose the Tricameral Parliament but which also united more than 400 organisations across all sectors of society in the struggle for a ‘non-racial, non-sexist and united South Africa’.

Nolan also played a brave role in the “underground work” of the liberation movements, notably the African National Congress, offering his support to activists, especially those who became victims of the apartheid regime’s violent and repressive security police. He was part of a secret underground network that managed logistics, including the transportation and movement of activists, providing safe houses and a means of communication while in South Africa.

The full extent of his role in these networks was revealed by Horst Kleinschmidt in a tribute to Nolan on October 20, 2022. Kleinschmidt, who was himself banned, detained, and exiled by the apartheid regime, disclosed that Nolan was part of a group of more than 20 operatives who smuggled communication out of South Africa to the then exiled African National Congress and returned with messages from Oliver Tambo and Thabo Mbeki to activists inside the country.

“I reveal today for the first time that Albert Nolan was known as operative A4 after Black Wednesday [October 19, 1977, when Black Consciousness organisations were banned, editors arrested and opposition newspapers banned] and from 1981 onwards he was operative 42. The numbers ‘4’ and ‘2’ were scrambled into texts and figures – and the Security Branch never found the key to this messaging.” Kleinschmidt also revealed that the long-running operation involved the smuggling of letters, none of which were ever intercepted, as well as call-box to call-box communications that changed location each week and the swapping of money that made any tracing of bank records impossible.

Having been elected provincial of the Dominicans in Southern Africa in early 1976, Nolan relocated from Stellenbosch – where he had received his religious formation, and also served as university chaplain for several years up to the early 1970s – to Johannesburg. Poignantly, the move took place on June 16, 1976, a date synonymous with the ‘Soweto Uprising’ which was violently suppressed and is today commemorated as Youth Day.

As provincial, from 1976-1980, Nolan supported several of his priests – including Joe Falkiner, Benedict Mulder and Finbar Synnott – in their establishment of a simple-lifestyle community in a run-down building opposite the station on Central Avenue in Mayfair, a working-class suburb on the western edge of the Johannesburg central business district. He then made the bold decision to sell the provincial’s house in the leafy suburb of Houghton, in the richer northern suburbs, and relocate to Mayfair himself, where CASA, NCFS, YCS and the Young Christian Workers also set up their national offices. He would serve as provincial of the Dominican Order for two more terms, from 1980-1984 and from 2000-2004. Besides serving as provincial, Nolan played various other roles within his Order, including that of novice master and student master, which allowed him to continue to nurture and guide young people, as he had done for many years as a student chaplain.

A gifted Biblical scholar and theologian, Nolan completed his doctorate in Rome in 1963 – a period that coincided with the Second Vatican Council and which ushered in significant reforms across the Catholic Church. Having completed his thesis, Nolan decided it was ‘too expensive’ to have it published, a pre-requisite for being awarded the title of ‘doctor’ and, thus, he never formally secured the title that he had duly earned. He was also initially denied the distinction of being awarded an honorary doctorate when the Holy See, without explanation, disallowed the University of Fribourg (Switzerland) from bestowing such in 1990, presumably owing to misgivings at the time about Liberation Theology. However, in the same year, as a sign of solidarity, the Jesuit-run Regis College of the University of Toronto granted him an honorary doctorate. The Dominican Order recognised his contribution as a theologian and preacher of the Gospel when, in 2008, the Master of the Dominican Order promoted Nolan to a Master of Sacred Theology.

Nolan, however, preferred to see himself as a preacher rather than a Biblical scholar. He wanted the Gospel to make a difference in people’s lives, and did not view debating small issues of textual interpretation as the purpose of the scriptures. In his view, the scriptures were there to inspire, convert and transform people and lead them to change their lives and the world in which they live.

Outside of South Africa, Nolan became highly regarded for his 1976 best-selling book Jesus Before Christianity, which has been translated into at least nine languages. The book was the product both of Nolan’s deep knowledge of the Bible and his work in the student movement where he gave regular inputs on ‘That Man Jesus’ in student conferences. While in hiding in the late 1980s, Nolan went on to write God in South Africa, which is the outcome of what he described as “doing theology in a particular context” and Jesus Today, which explores the spirituality of Jesus as a “spirituality that leads to unity with God, ourselves, others, and the universe”. A collection of his talks, edited by one of his brothers, Fr Stan Muyebe, was published as Hope in an Age of Despair.

Nolan, who was one of the first staff members of the Institute for Contextual Theology (ICT) in 1981, later become editor of the ecumenical Challenge magazine, widely circulated across all denominations and which offered a considered perspective on how Christians should respond to the struggle for democracy in South Africa before and after the democratic elections in 1994. Ecumenism was a theme throughout Nolan’s life and was evident not only in his student ministry and at ICT but in his close relationship with leaders outside of the Catholic church, including Reverend Frank Chikane, Dr Beyers Naudé and Reverend Cedric Mayson. Despite his criticism of the Catholic Church, he also remained respected by the Catholic hierarchy for his Biblical proficiency, his theological insight and his commitment to preaching the Gospel. He was, thus, regularly requested to deliver inputs and retreats, including to the Southern African Catholic Bishops’ Conference, particularly when it was led by Archbishop Denis Hurley during the last decade of apartheid.

Nolan was also a source of support to other religious in the Catholic church who took up an active role in the struggle, notably Sr. Bernard Ncube and Fr. Smangaliso Mkhatshwa, who was detained several times and banned. Ncube was a member of the first democratic Parliament in 1994, chairing the portfolio committee on arts and culture, and in 2002 became mayor of the West Rand municipality. In 1996, Mkhatshwa became the Deputy Minister of Education, a post he held until 1999. He was elected to the ANC National Executive Committee in 1997 and in 2000 he became the Executive Mayor of the City of Tshwane.

In addition, Nolan taught at St Peter’s Seminary, in Hammanskraal, in the late 1970’s when a strong Black Consciousness focus was developed there, working particularly closely with Mkhatshwa and Buti Tlhagale in attempts to promote this voice in the church. Tlhagale is the current Archbishop of Johannesburg.

As a priest, activist, author, and renowned theologian Nolan offered a forceful yet gentle message of hope, particularly hope in the building of a non-racial, non-sexist, peaceful and environmentally sustainable South Africa and world.

Published on Polity.org.za and written by Terence Creamer with input from Fr Mike Deeb, Fr Mark James and Prof Philippe Denis and with additions arising from tributes delivered by Fr Mark James and Horst Kleinschmidt on October 19 and 20 respectively.