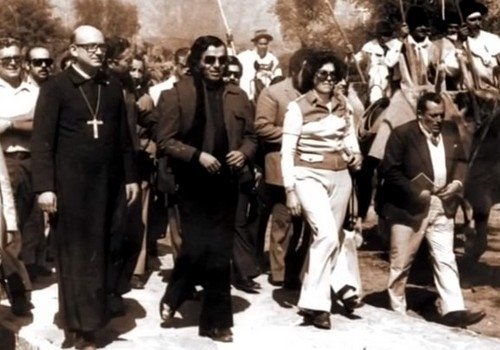 Bishop Angelelli co-founded the JOC in the Diocese of Cordoba in the late 1940 with Jose Serapio “Pepe” Palacio, later the first lay collaborator for the IYCW. In fact, Pepe Palacio was also martyred six months before Bishop Angelelli, when he “disappeared” in December 1975 as part of Operation Condor, the CIA program to eliminate activists and trade unionists in Latin America.