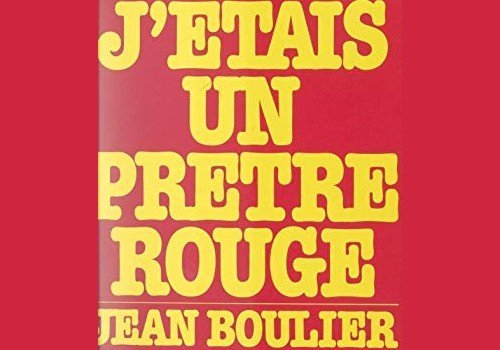 In 1977 Father Jean Boulier (1894-1980), a French priest, wrote an autobiography, J’étais un prêtre rouge. Like his American Catholic contemporary, Dorothy Day (1897-1980), he was on the left. And like Day, who is being made a “saint” by Rome, Fr Boulier is in a similar process, but it is Israel (Yad Vashem) that is considering conferring its equivalent honor, “Righteous among the Nations.”

As part of honoring Fr Boulier, an English translation of his autobiography, I was a Red Priest, is now being published. As a red priest, his book described his dealings with the French Communist Party (PCF), priest workers, Eastern Europe, the post-war peace movement, Vatican II, Jesuits, Thomism, liberation theology, liturgy, ecumenism, mysticism and the church hierarchy. His thinking and actions paralleled those of his American counterpart Day, as did the reaction of the civil and religious authorities.

It was his politics in World War II, however, which were on the side of the Jews and against the Nazi and Vichy government that both endeared him to Israel and pushed him permanently into the communist camp. As his book summarised, in 1938 he was appointed to be the pastor of Sainte-Devote Parish in Monaco. In June 1940, France fell to the Nazis and the independent principality of Monaco followed France.

Jean Boulier, I was a red priest (CW Publishers)