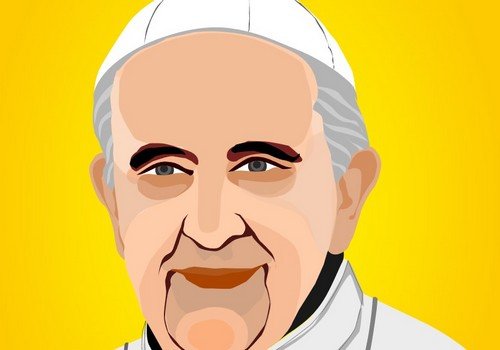 Francis considers schools as being free of geographical boundaries and walls. He calls each school “a platform for drawing close to children and young people” (CV 221). Indeed, a school is not an end in itself; it is a platform, a support area that serves as a base for other operations. Schools are also “privileged places of personal development”.

The school is not enclosed within boundaries and schedules; it goes beyond them. Addressed to the surrounding reality and to the world, it offers an educational program for the whole of life.

Pope Francis recently reflected a broader vision of the school in his video message for the 20th anniversary of the founding of the Latin American Federation of Colleges of the Society of Jesus (FLACSI).

In it, he listed eight desires for schools of the Society of Jesus: 1) that Jesuit schools form hearts convinced of the mission for which they were created; 2) that they be welcoming schools, in which one can heal one’s own wounds and those of others; 3) that they be schools with doors that are really open, not only in words, where the poor can enter and where one can go out to meet the poor; 4) that they not retreat into a selfish elitism, but learn to live together with everyone, be places where fraternity is lived; 5) that they teach their pupils to discern, to read the signs of the times, to read their own lives as a gift to be grateful for and to share; 6) that they have a critical attitude toward the models of development, production and consumerism that are pushing inexorably towards inevitable harm; 7) that they have a conscience and foster conscious awareness ; 8) that they are schools of disciples and missionaries.

Francis considers education under a triple aspect. First and foremost, it is an act of love, because it generates life in its multidimensionality; it removes people from self-centeredness; it helps them to enter into confidence with their interiority, to put potential into action, to open themselves to transcendence, to help the discarded ones of the globalizing society. For the pope, “education is a dynamic reality; it is a movement that brings people to light.” “I am convinced,” Francis says in Laudato Si’, “that change is impossible without motivation and a process of education” (LS 15).

Education is also an act of hope, which helps to break the vicious circle of skepticism, disbelief, and restriction within conceptions and attitudes contrary to the dignity of the human being. Francis does not tire of exhorting us not to lose hope. He addresses this appeal to various categories of people, because “a globalization bereft of hope or vision can easily be conditioned by economic interests, which are often far removed from a correct understanding of the common good, and which readily give rise to social tensions, economic conflicts and abuses of power.”

Finally, education is a factor that humanises the world, because it helps people to transcend individualism, to appreciate differences, to discover fraternity, to be responsible for the environment. It is “the natural antidote to an individualistic culture that at times degenerates into a veritable cult of the self and the primacy of indifference.”