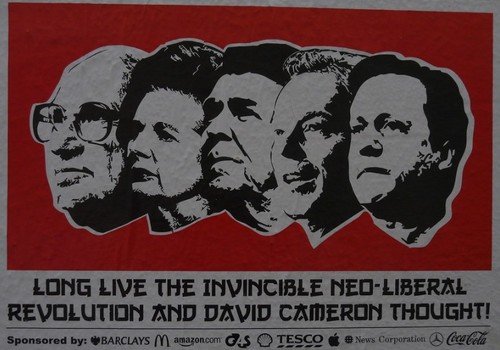 Cardijn often spoke strongly against the scourge of “liberalism.”

“Christ was born to make this known the effects of original sin, disorder in the world, the sin of liberalism, materialism, and slavery,” he stated in one of his famous 1948 “Hour of the Working Class speeches. “That is why He was born and lived as a worker.”

More recently, over the past four decades, despite record-setting global prosperity, the common good is threatened by ever more extreme economic and social dysfunctions, writes Tony Annett in Commonweal.

Although we’ve witnessed impressive gains in poverty reduction—driven largely by China—we still have enormous levels of poverty, deprivation, and exclusion in a world of unprecedented wealth. According to the World Bank, about one in ten people alive today lives in extreme poverty, eking out a meager existence on less than $1.90 a day. Around 6 million children die each year before their fifth birthday, and almost all of those lives could be saved by cheap and straightforward medical interventions.

Inequality within countries has also skyrocketed over the past forty years.

According to the World Inequality Report, since 1980 the world’s top 1 percent have profited twice as much from economic growth as the bottom 50 percent have. The big winners of this era were the global super-rich. As a percentage of global GDP, the wealth of the world’s billionaires has doubled over this period. This staggering inequality is the consequence of a toxic combination of trends.

Technological changes have benefited high-skilled workers and the owners of capital; globalization has allowed corporations to set up camp in countries with the lowest taxes and the fewest regulations and social protections; and the increasing plutocratic capture of the political system has led to policies that favor the rich. The result has been the hollowing out of the middle class and the evisceration of the working class in advanced economies. No wonder the global financial crisis, when bankers were bailed out and ordinary people left to sink, left a bitter legacy of resentment in its wake.

Grave social problems have arisen in tandem with this concentration of wealth.

Joseph Cardijn, The hour of the working class – Lecture 2 – The Church and the workers (Joseph Cardijn Digital Library)