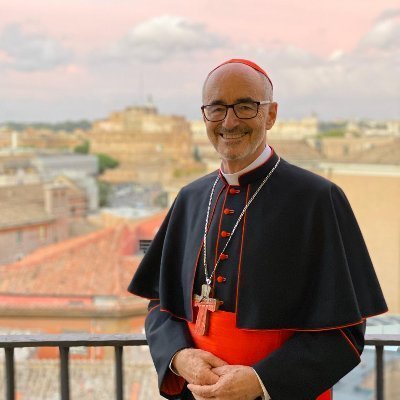 Cardinal Michael Czerny SJ, prefect of the Vatican Dicastery for Promoting Integral Human Development, will deliver the 2022 Cardijn Lecture on Monday 14 November, addressing the theme “Siblings All, Sign of the Times: The Social Teaching of Pope Francis.” His address takes its title from his forthcoming book of the same title, jointly authored with Fr Christian Barone.

Cardinal Czerny will also speak of his experience in working for social justice in Canada, Central America and more recently in Ukraine as well as of his previous role with the Vatican office for refugees and migrants.

Named after Cardinal Joseph Cardijn, founder of the Young Christian Workers (YCW) movement, the the Cardijn Lecture is an annual event sponsored by the Australian Cardijn Institute in partnership with Catholic Mission Australia.

“The Cardinal Cardijn methodology of “see judge act” sits very neatly with a commitment to social justice,” noted Catholic Mission director, Fr Brian Lucas, “as we seek to properly understand the world around us, the circumstances of injustice and impoverishment, and make prudential judgments as to what is achievable, and then, most importantly, take steps to implement what has been discerned.”

Responding to Cardinal Czerny will be Susan Pascoe, a member of commiission on methodology of the 2023-24 Synod on Synodality.

‘One of the unique features of the Synod on Synodality is the level of iterative engagement with all of the People of God,” Ms Pascoe commented  “Moving from local to continental to universal consultation the Church is listening and discerning what God wants for the Church in the third millennium.”

Born in Brno in the former Czechoslovakia in 1946, Michael Czerny grew up in Canada, where he joined the Jesuits in 1964.

In 2019, Pope Francis appointed him one of two Special Secretaries for the October 2019 Synod of Bishops for the Pan-Amazon region. He received his red cardinal’s hat on 5 October 2019.

Cardinal Czerny’s cardinatial parish in Rome is that of St Michael Archangel, Pietralata, the poor, working class parish chosen by Cardijn as his own Roman parish in 1965.

Pope Francis made him temporary prefect of the Dicastery for Promoting Integral Human Development in December 2021 and appointed him to a five year term as prefect on 23 April 2022.

In an unusual act of diplomacy following the Russian invasion of Ukraine, Cardinal Czerny and papal almoner, Cardinal Konrad Krajewski, were sent by Pope Francis to deliver humanitarian aid to Ukraine in March 2022,.

Cardinal Michael Czerny: Siblings All, Sign of the Times: The Social Teaching of Pope Francis