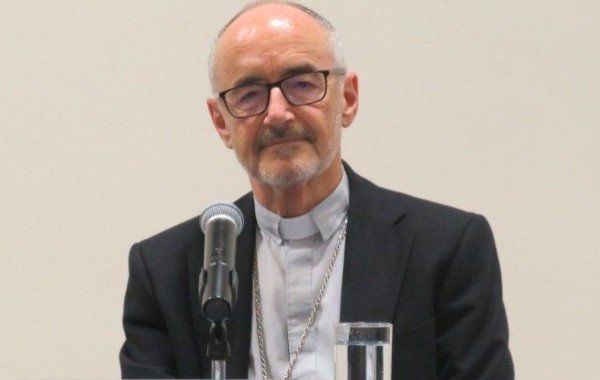 ACI and Catholic Mission Australia are pleased to announce that Canadian Cardinal Michael Czerny, SJ, president of the Vatican Dicastery for Promoting Integral Human Development, has kindly accepted our invitation to deliver the Cardijn Lecture for 2022.

Cardinal Czerny will address the theme “Siblings All, Sign of the Times: The Social Teaching of Pope Francis,” which is also the title of his newly published book of the same name jointly authored with Italian priest, Fr Christian Barone.

Appropriately Cardinal Czerny’s Roman parish is that of St Michael Archangel, Pietralata, the poor, working class parish chosen by Cardijn as his own cardinatial parish in 1965.

On 17 October 1965, the eve of the promulgation of the Vatican II Decree on Lay Apostolate, Apostolicam Actuositatem, Cardijn and 20 jocist bishops celebrated a Workers Mass at St Michael Archangel church, issuing a “Pietralata Message” appealing to bishops around the world to find and appoint more chaplains to the YCW and its sister lay apostolate movements.

The Pietralata Worker Mass was the second of two masses organised by Brazilian Archbishop Helder Camara. At the first mass held the night before on 16 November in the Domitilla Catacombs, the 40 bishops gathered adopted the Pact of the Catacombs modelled on Cardijn’s own vow to devote his life to the working class, committing themselves to a humble lifestyle and to building a church of the poor.

Michael Czerny was born in Brno, Czechoslovakia (now Czechia) in 1946.

His mother’s family were Jewish converts to Catholicism. After the Nazis occupied Czechoslovakia, his maternal grandparents and two of his mother’s brothers were interned in Terezín, where his grandfather died. The others were moved to Auschwitz and the brothers died in labour camps. Michael’s mother, because she was Jewish, was forced into farm labour and then imprisoned for 20 months while his father was forced to farm labour for refusing to divorce her.

In 1948, the family migrated to Canada, settling in Montreal, Quebec.

After graduating from Loyola High School in Montreal in 1963, Michael Czerny joined the Jesuits on 14 August 1964. He did his novitiate in Guelph, Ontario, and then studied classics and philosophy at Gonzaga University in Spokane, Washington, earning his bachelor’s degree in classics and philosophy in 1968, followed by further studies in theology in Chicago and at Regis College in Toronto.

On 9 June 1973 he was ordained a priest for the Upper Canadian Province (now the Jesuit Province of Canada) in Willowdale, Ontario. He obtained his doctorate in interdisciplinary studies from the University of Chicago in 1978.

In 1979, he co-founded the Jesuit Centre for Social Faith and Justice in Toronto and he was the first director until 1989. In 1990–1991, following the murder of six Jesuits and others at the University of Central America in San Salvador, he assumed the director’s role of the University’s Institute for Human Rights (IDHUCA), a position that had been held by one of the murdered priests. He was also Vice-Rector for Social Outreach.

From 1992 to 2002, Fr Czerny worked in the Social Justice Secretariat at the Jesuit General Curia in Rome. In 2002 he founded the African Jesuit AIDS Network and directed it until 2010. During these nine years, he initiated and coordinated efforts by Jesuits and others in nearly 30 countries of Sub-Saharan Africa to provide pastoral care, education, health services, social and spiritual support, and to fight stigma for victims of HIV/AIDS, and channelled resources from foreign sources.

In 2010, Fr Czerny became the personal assistant of Cardinal Peter Turkson at the Pontifical Council for Justice, a position he held until 2016 when Pope Francis appointed him under-secretary of the Migrants and Refugees Section of the Dicastery for Promoting Integral Human Development.

In an interview, he called migration “one of the most important and urgent human phenomena of our times”, adding: “There’s hardly a place in the planet which is not touched by this phenomenon. Indeed, though many are not aware of it, there are more people moving in Russia and China today than in any other part of the world.”

In 2016 he commissioned Timothy Schmalz to create the Angels Unawares sculpture that depicts a boat carrying migrants and refugees wearing clothes that identify them with a variety of cultures and time periods. It was inaugurated in St Peter’s Square in the Vatican in 2019.

On 4 May 2019, Francis named him one of two Special Secretaries for the October 2019 Synod of Bishops for the Pan-Amazon region. He received his red cardinal’s hat on 5 October 2019.

In December 2021, following the resignation of Cardinal Peter Turkson as prefect of the Dicastery for Promoting Integral Human Development, Pope Francis named Cardinal Czerny as temporary prefect and appointed him to a five year term as prefect on 23 April 2022.

In an unusual act of diplomacy following the Russian invasion of Ukraine, in March 2022, Cardinal Czerny was sent by Pope Francis with humanitarian aid to Ukraine, along with the papal almoner, Cardinal Konrad Krajewski.

Pact of the Catacombs and Pietralata Message

Rafael Luciani, The emergence of synodality 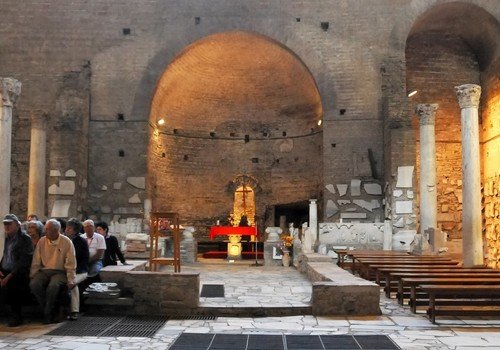 ACI has launched a new website – pactofthecatacombs.com – that tells the story of the Pact of the Catacombs for a Church of the Poor and its long forgotten counterpart, the Pietralata Message, for a worker Church.

The story began with a proposal by Brazilian Archbishop Helder Camara to hold two Eucharistic celebrations towards the end of the Fourth Session of Vatican II in October or November 1965.

The two masses took place on successive evenings on 16 and 17 November 1965, just prior to the promulgation of the Decree on Lay Apostolate, Apostolicam Actuositatem, on 18 November.

The Mass for a Poor and Servant Church was held first in the Domitilla Catacombs. It was there that the document later to become known as the Pact of the Catacombs was adopted by the bishops present.

The Mass for Workers took place the following evening at Cardijn’s cardinal’s parish church of St Michael Archangel in the working class Rome suburb of Pietralata. There, the gathered bishops adopted a second document, the Pietralata Message.

Much has been written about the Pact of the Catacombs yet little is known of the Pietralata Message.

This website presents them both pairing them again in the way that Helder Camara had originally intended and hoped.