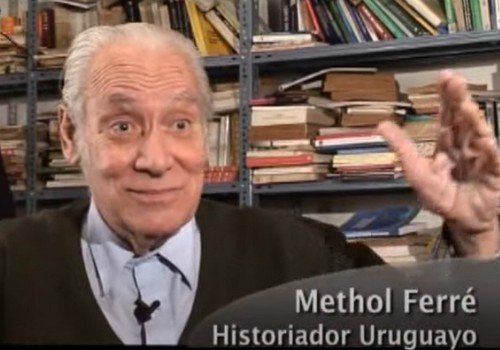 Alberto Methol Ferré (1929 – 2009) was a Uruguayan Catholic political theorist and theologian who was influenced by Jacques Maritain, Augusto Del Noce, and the JOC chaplain Lucio Gera, among others.

As a student, he was a co-editor of the International Catholic Movement of Students (IMCS) publication, Vispera, and he worked closely with leader of the JUC and JAC in Argentina. More recently, his work has also greatly influenced Pope Francis’ own thought.

Here we reproduce several excerpts from an important 1955 article on Catholics and western culture, translated by the Terre Nouvelle website.

The fundamental advent of history is not any secular revolution — be it French, fascist, or communist — but the Incarnation of Christ, the center and fullness of time. Only in and through Christ is man and the world restored, and any ideology which pretends otherwise remains in the margins of essential history, that is to say, it participates in it indirectly, insofar as it can not escape the providential designs of God. In such a sense even atheists and idolatries are instrumental collaborators of Providence within the eschatological, final structure of history.

The Incarnation diffused and communicated is the Church, the Mystical Body of Christ, visible and sacramental presence of the eternal in time, which it perpetuates universally and according to the spirit of the ancient mission of Israel. The Church has its source in the transcendent, not purely immanent historical values.

However, if the Church, by essence, is supernatural, and civilizations are natural, in the sense that they intrinsically depend on space and time, it is evident that there can only exist a diversity of Christian civilizations, none of which expresses life in its plenitude. The same occurs with non-Christian civilizations, since the present [actualidad] and essence coincide in perfect identity only in God. Clearly, the only absolute “Christian civilization” is the Reign of God, which is already the Church in a “pilgrim, militant, crucified” condition and which will have full completion in the Parousia.

The whole mystery of the Church is beyond history, presenting and coexisting with history itself. The fundamental fact is that history is in Christianity and not the other way around, since, it has been said with justice, sacred history is a fourth dimension, but a dimension constituent of history.