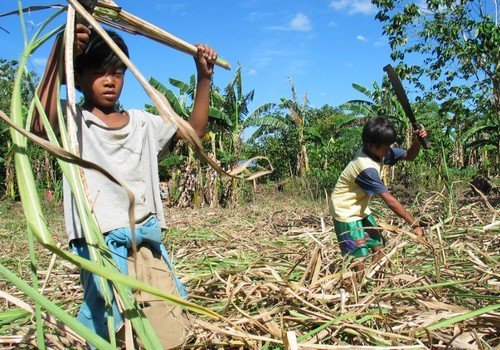 Consider this:
• 160 million children in child labour worldwide (roughly 1 in 10 children)
• this number is rising
• despite legislation in many countries outlawing the employment of children below 15 years of age.

I am a PhD student at Charles Darwin University, researching child labour and its impact on children’s basic education in the Philippines. In 2023, I plan to travel to the Philippines to speak with working children and their families about the hardships they face, particularly in getting to school. I am interested to know what is it they want to do? What are their aspirations? What are their strengths, their skills? What gets in the way?

A little bit about me

This journey began in the Young Christian Worker (YCW) movement in Ireland in my early 20s, organising low-paid factory workers and unemployed youth in Dublin. During my time with the YCW, I was formed in the See-Judge-Act method and spirituality, and I represented the Irish YCW at the International Council in 1991 in Adelaide. I later emigrated to Australia in 1993. Volunteering with the St Vincent de Paul Society, I saw first-hand the poverty in Adelaide’s western suburbs where I lived. This experience led to a career in Social Work.

In October 2017, I was lucky enough to accompany Sean Gehrig from Parramatta YCW to a YCW Asia-Pacific meeting in Manila. There, I was struck by the commitment of the Philippines YCW to working class youth, their radicalism, and their grasp of the See-Judge-Act method. We visited young factory workers who lived in the outskirts of Manila and listened to their stories.

How can you get involved?

I am looking to collaborate widely on this project – including with the YCW and the Cardijn Institute – to share information, experiences, and ideas. Let’s talk!