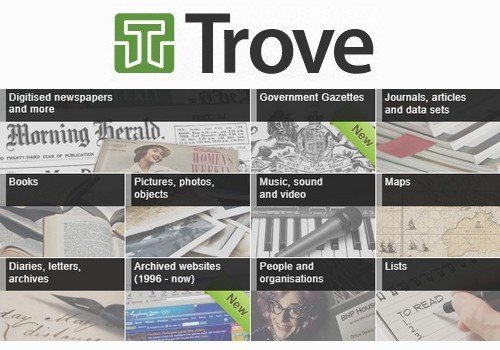 If you haven’t done so, I recommend that you visit the National Library’s Trove website at https://trove.nla.gov.au

Its principal interest for me is its digitised newspapers stretching back to the earliest newspapers across Australia, but there are many other kinds of documents, printed, sound and film.   It is a great resource for family history, but that is only a small part of its value.

The digitisation of newspapers has opened a new world for those who are interested political, social and economic aspects of Australian history.  However, there is, at this point in time, little use of the data.

The data on Trove present a new world for the teaching of Australian history.  Gone are the days when you had to turn pages of bound copies of newspapers in some hard to access place to find what you have been looking for; and then having little or no chance to make a copy.  Perhaps more will discover Trove while in lockdown.

The role of Cardinal Moran

I also have an interest in the history of the Irish and, it follows, Catholics in Australia.  And, again it follows, anything to do with both in politics and the labour movement.  I grew up in Melbourne where Archbishop Mannix had been the stand-out Irish Catholic leader since the First World War and unaware of the impact that Cardinal Moran had in Sydney and beyond in the decades before Mannix.

I discovered the full text of Cardinal Moran’s address on the Rights and Duties of Labour given in August 1891, three months after Rerum Novarum, and delivered in the New Masonic Hall in Sydney (yes, the location is correct).  The vote of thanks was moved by Edmund Barton and seconded by Richard O’Connor, both very significant players in the march to federation, with the former becoming Australia’s first Prime Minister and then a judge of the High Court and the latter becoming a senator in the first Australian Parliament and then a judge of the High Court.  You can access the 7,000 word report of Cardinal Moran’s address and the vote of thanks at https://trove.nla.gov.au/newspaper/article/235862359

Another interesting and intriguing address by Cardinal Moran was given at the Communion Breakfast of the Irish National Foresters in 1904 where he paints a very glowing picture of life in Ireland at the end of the nineteenth century, a century that started when “the great majority of the people of Ireland were serfs in their own land” and “treated as slaves”; https://trove.nla.gov.au/newspaper/article/104910325

Cardinal Moran saw the Australian experience of Catholics and Protestants, of Irish and English, working together for common causes as a model for a future united Ireland, capable, like Australia, of remaining within the British Empire.  Whether or not it was realistic at that time, it proved to untenable after the brutal British response to the Easter Rising in 1916.