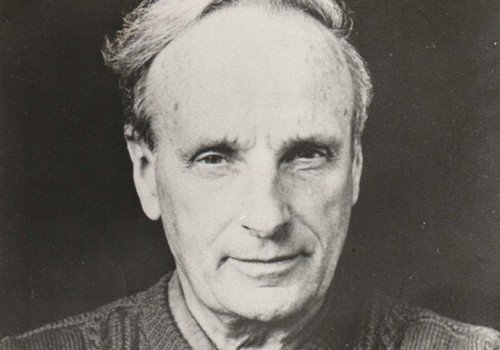 A key moment in John Curnow’s interpretation of Cardinal Joseph Cardijn’s method was his organisation’s donation in 1981 of $1000 to the anti-Springbok tour movement Halt All Racist Tours (HART).

The South African Springboks rugby team were set to tour the country in the second part of 1981 and the country was riven with rugby supporters excited at the prospect of seeing their beloved national team, the All Blacks, defeating that other great team, and equally passionate protesters against South Africa’s racist Apartheid system of government which privileged the white minority population over the country’s majority black and coloured population.

Curnow’s donation caused an explosion of condemnation from many traditional Catholics throughout New Zealand, led by John Kennedy, the conservative editor of the national weekly the Tablet.

The Catholic Commission for Evangelisation, Justice and Development was established in the 1970s with Curnow as its driving force in a bid to address the causes of poverty. The Church had grappled with the problem of poverty overseas since the 1950s. Eventually it became clear that sending money overseas was doing nothing about poverty in other countries. In fact after a decade of overseas aid, the problem was worse. People needed to be educated about the causes of poverty and the link between rich and poor as a way of better addressing the problem.

Amid the uproar of the church’s donation to an organisation many regarded as Marxist or, worse, Communist, Curnow told journalist Helen Paske in a 1981 article for the New Zealand Listener that personnel in the commission to run education programs were thin on the ground and HART was doing a good job of educating New Zealanders about the problem of apartheid.

“We have so few people to do programs of our own that we have to look for partners.”

A few years later, he would say in an interview that the HART grant and a similar one to the Waitangi Action Committee to raise awareness of indigenous land issues, showed up the ideological “rich and poor” division in the Church. Some would say the lively debate these created showed their effectiveness as an education project.

“But it has left a lot of scars and a lot of divisions and perhaps it does show the depth of division that exists.”

As a champion of the Cardijn method – see, judge, act – Curnow worked tirelessly in his own, Christchurch diocese and later in the national CYM and YCW movements to build groups of young Catholics versed in the method of reflecting on the Gospel and bringing this reflection to what was happening in society, devising an appropriate action and then reflecting on that action in light of the Gospel.

Later he started the Christian Family Movement comprising couples who wanted to build the movement through their parishes. Curnow became chaplain for the Christchurch diocese, the national and finally the international movements. As one couple said in their tribute, his message and challenge was constant, “Successful family life was about living out the highest values and Christian couples were blessed with a capacity to love beyond themselves… He called on couples to accept responsibility for their communities and to carry out their love on behalf of those in need, particularly the poor and the marginalised.” Social action was key and action for human development was crucial to God’s plan for the redemption of the world.

With his talent for using words to great effect, he was able to convince people of the veracity of this new message and for those who struggled, he showed endless care and patience. Those who rejected these truths were challenged ruthlessly to choose between being part of the solution or the problem.

The Cardijn method was at the heart of everything Curnow did whether it be driving the change in philosophy from overseas aid to development to partnership with the poor and marginalised to what he would have considered his greatest work: social structural analysis.

In the last decade of his life (had he lived another 29 years, he would have celebrated his 100th birthday on July 5, 2020) he ran structural analysis workshops for groups of people working with the poor and marginalised throughout New Zealand, the Pacific and Asia. Indeed, less than a week before his death on July 25, 1991, he was leading a workshop in Fiji. Through the workshops, he helped people to understand that, rather than poverty being a personal punishment for not working hard enough, the structures of society – political, economic, social/cultural – were set up to privilege the wealthy few over the many “havenots”. Here he used the Cardijn method to encourage groups of people to see how society’s structures worked to their detriment, to discuss possible group actions, to implement them, then to reflect on the results in light of the Gospel.

The directors of the highly successful Kaikoura tourism concern “Whale watchers” and the Maori (political) Party were involved in John Curnow’s workshops.

Though he was fiercely loyal to the Catholic Church, he used to say that the Gospel had little to do with the Church but a great deal to do with the world.

He is remembered by many in Australasia, Asia and the Pacific as a prophet who showed much love and generosity as well as huge insight into the relationship between the Gospel and humanity’s social, economic and political circumstances. As with all prophets, he could encourage and disturb in equal measure and woe betide anyone who was not on the same page – his wrath could be devastating.

Cecily McNeill has been a journalist for nearly 40 years – nine as editor of the Wellington archdiocesan newspaper, Wel-Com. She also worked as a volunteer for the secular aid agency, Corso, and for the Catholic Church’s Commission for Evangelisation, Justice and Development and is passionate about social justice. A tentative publication date is July 2021, marking the 30th anniversary of John Curnow’s death. Read more John Curnow (Cardijn Priests)