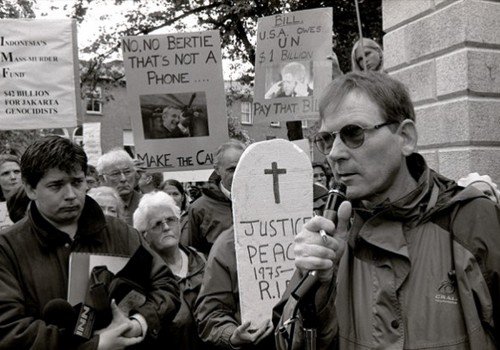 Some forty years on, he has written up his experiences looking at the impact on the secondary school YCS of this exciting but turbulent period of historic change and reflects on the experience and its potential lessons for today’s church.

The movement known as the Young Christian Students (YCS) has morphed several times during its 80 or so year history in Australia. Once highly favoured by popes, principals and parish priests, YCS’s footprint today is far smaller than it used to be. Given, however, that the principles it represents both informed and were endorsed by the Second Vatican Council and remain highly relevant, this is a paradox.

Whether or not clues to this change of fortune can be found in the following account, it is to be hoped that Australia’s upcoming synod process will recognise what a unique vehicle the YCS can be to foster young laity and their contribution to the church and the world.

Looking to the future, he notes that “the Jocist review of life is not just a training tool or a practice confined to the YCS and YCW”:

It is grounded in, and an extension of, a common, almost unconcious, human habit that we use a thousand times a day. What Cardijn did was to formalise and baptise this see-judge-act reflex. Its practice is an enriching life skill. Many former YCS colleagues testify that it has served them well in adult professional life, enhancing their sense of responsibility for others and the world and engagement in many local and international contexts.

The fate of the YCS is no different to that of many other church entities across the Christian spectrum, particularly in Australia and the West. In that sense, understanding its current situation in Australia requires a broader study than the above sketch. On the other hand, in other settings the YCS remains a global Catholic youth movement. It continues to function in over 100 countries, particularly the South, and takes its lead on issues like climate change, refugees, conflict resolution, inequality, human rights, inter-religious dialogue and criticism of capitalism and consumerism from Pope Francis, himself from the
global South.

Pat Walsh, YCS in the 1970s: Young Laity in Search of Vocation (patwalsh.net)