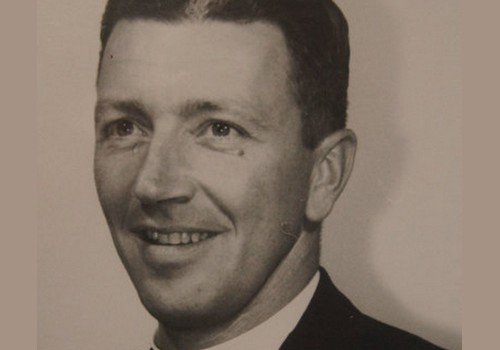 “Activist priest Father Peter James Robinson, awarded an Order of Australia Medal for his outstanding work with people with disabilities, was a shrewd, down to earth, very Australian Catholic priest,” writes Dom Dimattina in an obituary published in The Age.

“Sympathising much with those on the margins, rules and regulations never sat well with him.

“Throughout his early work years, first at the taxation department, and later with the Department of the Army in Canberra, Robbo was inspired by leaders in the YCW movement. Eventually, he went to work full time for the YCW.”

“At 23, he decided to become a priest, going to St Bede’s in Mentone to study Latin and prepare for his eight years at the Werribee and then Glen Waverley seminaries,” Fr Di Matinna writes.

“In 1970, while serving as chaplain to a large congregation of nuns at the Good Shepherd Convent (at the site now occupied by Chadstone shopping centre), he was given an additional post as chaplain to the Catholic Deaf of Victoria, a role he embraced with gusto. He soon became proficient in Auslan, the sign language used by many in the hearing-impaired community.

“By 1972, I had invited Robbo to become a member of the Lions Club at the Wholesale Fruit and Vegetable Market of Melbourne, which Pat Lamanna and I had established that year. This launched him into a new and completely different world.

“He was soon overwhelmed by the spontaneous generosity of the thousands of daily users of the wholesale market – growers, wholesalers and retailers alike. They, too, quickly warmed to this jovial cleric with a captivating personality who moved easily among them in the early hours of the morning, canvassing support for the Lions’ many charitable projects.

During this time, with the support of the Lions Club, he began his famous antique auctions, conducted by his great friend, Graham Joel (head of the notable auction house, Leonard Joel). Robbo’s novel idea was to write to hundreds of parishes, convents and brothers’ houses throughout Victoria, as they held many beautiful items of 19th century antiques.