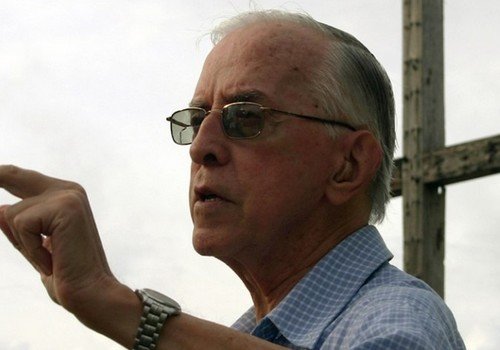 “The ‘Avanguardistes’ and the ‘Fejocistes’ and their songs helped initiate me with an intuition or ideal of sacred struggle,” recalled Catalan-born Brazilian Bishop Pedro Casaldáliga Pla in his 1975 book “Yo creo en la justicia en la esperanza” (I believe in justice and hope).

He was paying tribute to the members of the Catalan jocist or “Fejocista” movement, the precursor of the Catalan JOC, who helped inspire his commitment to the poor.

By the time of his death on 8 August, Bishop Casaldáliga had indeed become known in his adopted homeland of Brazil as a “bishop of the poor.”

“At home, we spoke of Gil-Robles and the CEDA,” Casaldáliga wrote, referring to General Franco’s rival for power and Gil-Robles’ political party, the Spanish Confederation of Autonomous Rights. “In the parish, we talked of Fejocism and Avant-guardism,” the latter a progressive Catalan artistic movement.

Born in Balsareny in 1928, Casaldáliga became a Claretian priest and missionary, who arrived in Brazil during the period of military dictatorship in 1968.

He rapidly became known as a defender of human rights and as a liberation theologian, bringing him swiftly into conflict with the government.

Made a bishop by Paul VI in 1971 and appointed as prelate of Sao Felix, he quickly began to challenge the Amazonian agricultural companies, accusing them of using slave labour.

He continued this commitment to the rural poor throughout his long episcopal career.

“He made the church realize that we cannot abandon the poor,” Archbishop Leonardo Ulrich Steiner of Manaus, Brazil, told Catholic News Service.

“He himself was poor; he lived like his followers, in poverty,” said Steiner. “I know this because I lived with him for seven years in a very simple house in the middle of the community. He lived with those he helped, with the poor.”

Dubbing him a “prophet,” the Brazilian bishops’ Indigenous Missionary Council said that in his simple gestures, Casaldáliga knew better than anyone how to “shelter the little ones of God.”

“It was decades of commitment to the people’s struggles, defending and amplifying the voice of the indigenous, the peasants, the blacks, the women and the most forgotten. Since its inception almost 50 years ago, CIMI has been inspired by Bishop Pedro’s example of prophetic life,” said the Indigenous Missionary Council, using its Portuguese acronym, CIMI. “His life was a gift and grace for all of us.”

One of the bishop’s favourite sayings was “If in doubt, side with the poor,” according to many who spoke to CNS.