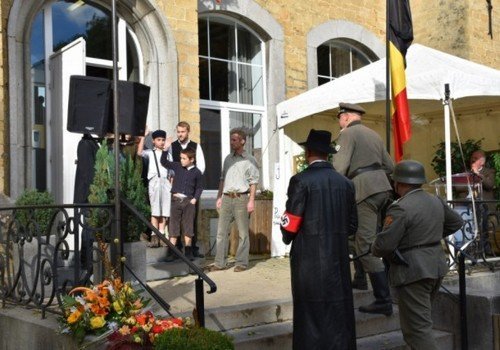 The Yad Vashem World Holocaust Remembrance Centre has recognised four Belgian JOC leaders and a chaplain as “Righteous of the Nations” for the roles in protecting and saving Jews and resisting the Nazi occupation during World War II, reports German YCW leader, Florian Schneider, who is researching these issues.

The group worked together to conceal Jewish children at various JOC centres, particularly one that was established in the Schaltin castle. At Schaltin, which was managed by Fr Cappart, they  concealed 54 Jewish boys and four women, providing them with forged ID cards.

The women were employed as cooks in the JOC centres, which were established by the Belgian JOC under the leadership of Cardijn and the president, Victor Michel.

André, Pesser and Defauw were eventually arrested following a roundup at Namur in August 1944 and sent to concentration camps along with several Jewish young men.

Joseph Pesser, alias Joseph Legrand, was also sent to Buchenwald and later to the Blankenburg concentration camp. He survived and was repatriated in July 1945 via Sweden.

Lucien Defauw was the manager of a JOC centre at the Schaltin Castle. When arrested, he refused to divulge the presence of the Jewish children. He was also imprisoned in Namur and then interned in the Buchenwald concentration camp, then in the Blankenburg concentration camp. He was repatriated in July 1945 via Sweden.

Last year, the Schaltin Institute commemorated the roundup with a re-enactment and a special service of remembrance.