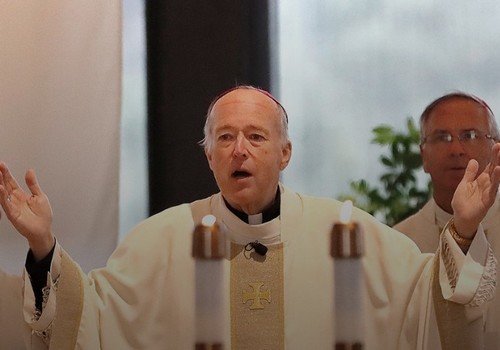 Pope Francis has appointed Bishop Robert McElroy of San Diego as one of 21 new cardinals. Bishop McElroy, who visited Australia in June 2017, has made a name for himself for a pastoral approach very close to that of Pope Francis.

In February 2017 address to the US Regional Meeting of Popular Movements he offered a powerful endorsement of Cardijn’s see-judge-act method.

“For the past century, from the worker movements of Catholic action in France, Belgium and Italy to Pope John XXXIII’s call to re-structure the economies of the world in ‘Mater et Magistra,’ to the piercing missionary message of the Latin American Church,” Cardinal-elect McElroy said, “the words ‘see,’ ‘judge’ and ‘act’ have provided a powerful pathway for those who seek to renew the temporal order, in the light of the Gospel and justice.”

As the Pontifical Council for Justice and Peace described this pathway, it lies in “seeing clearly the situation, judging with principles that foster the integral development of people and acting in a way which implements these principles in the light of everyone’s unique situation.”

There is no greater charter for this gathering taking place here in Modesto in these days than the simple but rich architecture of these three words: “see,” “judge” and “act.” Yet these words — which carry with them such a powerful history of social transformation around the world in service to the dignity of the human person — must be renewed and re-examined at every age and seen against the background of those social, economic and political forces in each historical moment.

In the United States we stand at a pivotal moment as a people and a nation, in which bitter divisions cleave our country and pollute our national dialogue.

In our reflections in these days, here, we must identify the ways in which our very ability to see, judge and act on behalf of justice is being endangered by cultural currents which leave us isolated, embittered and angry. We must make the issues of jobs, housing, immigration, economic disparities and the environment, foundations for common efforts rather than of division. We must see prophetic words and prophetic actions which produce unity and cohesion and we must do so in the spirit of hope which is realistic. For as Pope Francis stated to the meeting in Bolivia: “You are sowers of change,” and sowers never lose hope.

San Diego Diocese has a long history it the jocist movements. For many years, it hosted a Cardijn Centre founded by YCW and YCS chaplain, Fr Leo Davis. It was also the home diocese for Fr Victor Salandini, who became known as the “tortilla priest” for his work with Latino farm workers.

Pope announces 21 new Cardinals from around the world (Vatican News)