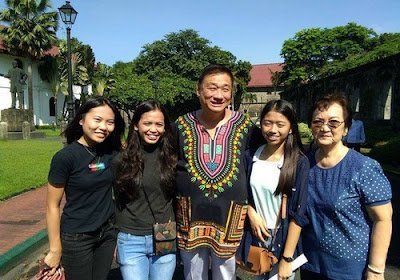 Tony grew the movement from 11 volunteers in 2003 to some 300 volunteers at present. It has one  one vision: to provide the underprivileged and marginalized with hot, packed meals every day – even during Christmas and New Year, the Rappler reports.

He described it as a secular, non-affiliated charity that operates a soup kitchen where volunteers prepare and cook thousands of daily meals to be distributed to over 40 locations in Singapore.

“Food keeps families together, and it gives strength, it gives energy, and without food, it will be a big problem. So food comes to unite people,” Tony said.

“Our volunteers will be very, very happy, and they are recognized not only back home but also in Southeast Asia. We feel that they will be happier, and they will come more often [to volunteer],” Tay told Rappler in an interview.

“And then my wife brought two meals. [Another] one saw it, so he asked, ‘Can you give one meal to him?’ And then people asked more, and then they keep on going.”

In Manila for the award, Tony met with current YCS leaders.

“He approached them and was so happy that they belong to YCS. He introduced himself as a YCW member,” wrote CCI member, Kins Aparace on the CCI Facebook page.