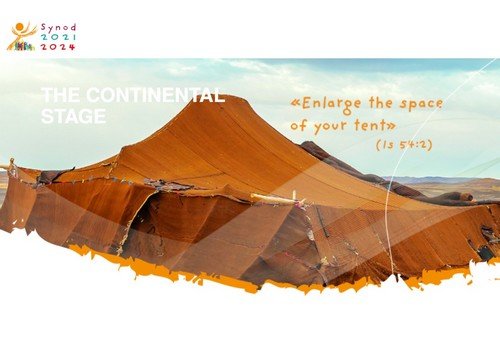 The Continental Stage of preparation for the forthcoming Synod on Synodality 2023-24 is drawing to a close.

We note that young workers face great challenges at work and in their lives: Casualised labour makes it difficult to plan financially, depriving them of a rhythm to their lives Schools, including Catholic schools fail to prepare young people for their working lives This is true not just for young workers but also adults facing great living expenses while their free time has been whittled away. Church youth ministries and parishes in general do not address these issues. Movements such as the Young Christian Workers (YCW) no longer exist or lack support from the Church.

Vatican II spoke about the need for the Church to renew its approach “ad intra” but also “ad extra,” i.e. in its approach to the world. Indeed, Gaudium et Spes emphasised that the Church is IN the world. Pope Francis himself has emphasised the need for workers to feel at home in the Church. https://australiancardijninstitute.org/workers-must-be-at-home-in-the-church-pope-francis/ Yet, paradoxically, the post-Vatican II period has witnessed the decline of the lay apostolate movements such as the YCW and YCS which helped form lay people for their role in the world, in their families, workplaces and communities. Catholic educational institutions do not systematically teach the lay apostolate Today there are few young priests available to act as chaplains for these movements. Youth ministers also lack understanding of movements like the YCW and YCS.

The Church in Australia and around the world needs to rediscover the vocation of the laity – the lay apostolate as articulated at Vatican II in Lumen Gentium §31, Gaudium et Spes §43 and in the Decree on Lay Apostolate, Apostolicam Actuositatem. Movements such as the YCW and YCS – and/or new lay apostolate movements must be fostered by the Church. Lay apostolate formation must become a priority, including formation for priests, catechists and pastoral workers. This issue needs to be addressed in the First Session of the Synodal Assembly in 2023.

The need for a Christian Worker Movement in Australia.

After the 2nd world war the Australian economy expanded rapidly in many industries and there was full employment. The trade union movement developed and represented approximately 54% of all workers. The cultural background of workers was predominantly English and European.

The trade union movement at this time was highly successful and improved the lives of workers in wage growth, health and safety, holiday pay, compensation, hours of work. Catholic men and women participated in and some helped lead this movement.

Over the past 3 decades the Australian economy has continued to expand and the population has more than trebled, mostly through migration, most migrants coming from India, China, Asia and the Middle East. The trade union movement now represents approximately 14% of all workers. Research conducted by the Australian Trade Union Movement {ACTU} has identified that 60% of workers are now experiencing wage theft.

Workers across all industries are being exploited including many catholic workers.

Based on Catholic social teaching, beginning with the encyclical Rerum Novarum,

§45: that wages ought not to be insufficient to support a frugal and well balanced wage-earner.

§49 The most important of all are workers unions.

We recommend that the Australian Catholic Church advise all members of this teaching and recommend followers to join a union as the best way to obtain justice in the work place.

For years, state and federal governments have exploited their staff.  Demands that workers perform unpaid overtime are at epidemic proportions.  It never ceases to amaze me. You buy a dozen eggs from the shop, and you expect and get 12. You buy a case of beer, and you expect and get 48 cans you buy a kilo of sausages and that what you get. But employers universally believe they can buy 38 hours labour and expect (and get) 40 – 50 hours. Government employers are great believers in the myth of time off. Do this overtime and you can have some time off later.  It never happens. Even if the boss tells you to take time off, no one does your work whilst you are away, so you need to work twice as hard when you come back just to catch up which leads to more unpaid overtime. The casualisation of the government workforce is as rampant as it is in the private sector.

A response to the Synod Continental Stage (Synodal Reflections)