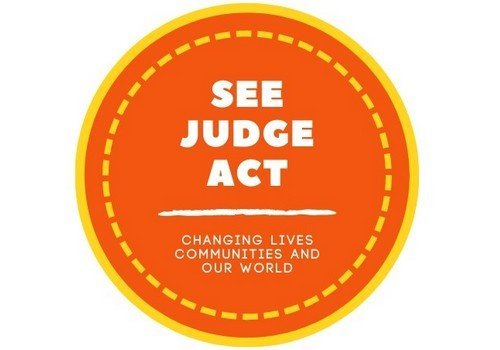 Can synodality become a deeper element of Catholic life in the United States? Our current process may prove this to be so. One of the central sentiments expressed in our diocesan synodal consultations has been that the people of God have at times not been meaningfully heard and responded to in the institutional life of the church, and they fear that the synodal process might be another in a series of moments when hopes are raised only to be frustrated. But the current synod process offers a glimpse of a church yet to come. Hundreds of thousands of Catholics have engaged with the church on their joys, their sorrows and their hopes for what the church can be today and tomorrow.

Across the United States, dioceses, parishes and religious communities have undertaken intensive processes of consultation and dialogue in order to help prepare for the global synod on synodality that will take place in Rome in October 2023. Soon, each local church will forward to the U.S. Conference of Catholic Bishops a formal report on their consultation, which will contribute to the work of the global church.

Fortunately, the theology and practice of synodality that have already emerged from the Second Vatican Council and the writings and actions of Pope Francis provide an architecture for us to continue substantive synodal formation during the next two years. This architecture consists of three elements: the see-judge-act methodology that lies at the heart of the synodal process, the characteristics of a synodal church that Pope Francis has articulated, and the overwhelming imperative for constant and effective evangelization that has been a hallmark of the pontificates of St. John Paul II, Pope Benedict and Pope Francis.

In the years following the First World War, Joseph Cardijn became a worker priest in Brussels, seeking to organize working men and women in pursuit of justice. While doing so, he came to understand that true work on behalf of justice and solidarity required a process of genuinely coming to know the real world situations that workers confronted, of judging these realities in the light of the Gospel and then of choosing to act concretely to transform the world they faced. “See-judge-act,” the dynamic of engagement that Cardijn brought to the world, became an electrifying construct for confronting injustice—revealing its contradictions to Catholic faith and generating bold and sustained action.

St John XXIII brought this penetrating insight and framework to the world in his encyclical “Mater et Magistra.” The church of Latin America adopted this framework as a primary method of engaging with the realities of human life and the renewal of the church. And the encuentro process that deeply enriched the church in the United States during the last decade placed “see-judge-act” at its very center. An understanding of the three steps of this basic framework in the context of our current synodal moment in the United States is helpful in appreciating its potential for advancing synodal formation during the next two years.