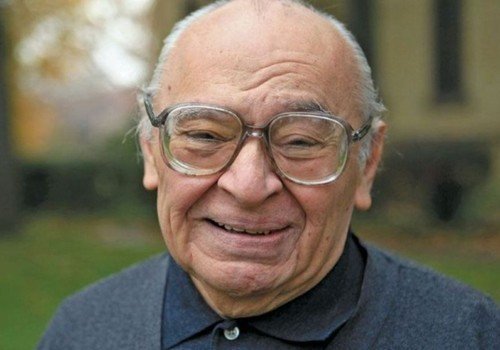 Peruvian priest and former YCS chaplain Gustavo Gutiérrez’s 1971 book A Theology of Liberation “forced Christians to hear the voice of God among the world’s suffering and to ask whether the church’s talk of salvation meant anything for their liberation,” writes Michael Lee at National Catholic Reporter in a tribute marking the 50th anniversary of the book’s publication.

“That this book would spawn perhaps the most influential, and most controversial, theological movement in the last half century is a bit of a surprise,” Lee continues.

“The book has no inflammatory passages. It does not call for armed rebellion. Nor does it engage in the kind of polemical attacks that pass for public discourse today.

“Yet, in the way that it offers both a diagnosis of our world’s ills and a vision for the way that the church can help transform them, A Theology of Liberation remains as relevant today as it was half a century ago.

Now 93, Gutiérrez, who has joined the Dominican order, “wrote the book after the Second Vatican Council, when much of Catholic theology was moving away from the deductive style of an earlier generation to an inductive one that took human experience into account,” Lee says.

“However, there was still something missing. Although the council had done much to recognize people of other faiths and indeed of no faith at all, it only dimly realized the plight of “non-persons” that today still make up the majority population of the planet. Liberation theology challenges all God-talk by placing their experiences at the center of reflection.

“If there is one thing we have learned in the last few years, it is that the great problems that we face, such as racism, poverty and the climate crisis, are structural in nature. They have long histories and are embedded socially in ways that are often masked in day-to-day life. A Theology of Liberation takes that structural insight to engage with and deepen Christian theology,” Lee notes.

“As powerful as its prophetic critique is, A Theology of Liberation also presents a positive vision summed up in a most basic definition of salvation — communion with God and with others. Yet that simple phrase yields deep implications when it takes seriously what is going on in the world and how it might affect the way core Christian beliefs are understood.