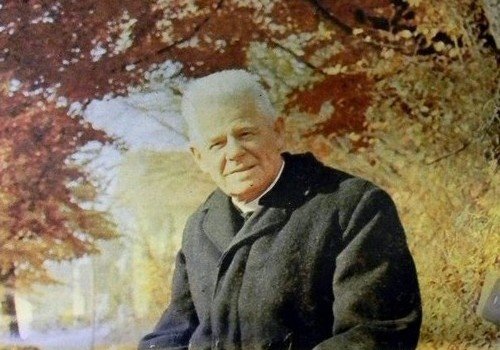 Time to begin compiling a list of jocist anniversaries for the new year of 2022! Here are a few to get started!

1872: 150th anniversary of the death on 7 February 1872 of French priest, Alphonse Gratry, pioneer of the “inductive” method based on “reading the signs of the times” and the “see, judge, act” later adopted by Cardijn and the JOC and by the Second Vatican Council.

1912: After serving for five years teaching Latin at a minor seminary, Cardijn finally began his appointment as curate in the parish of Notre Dame in the Brussels suburb of Laeken at Easter 1912 (7 April). Within months he had launched his first study circles for teenage female factory workers. Later that year, he would meet Fernand Tonnet, lay co-founder of the future JOC.

1922: By this, those early study circles had developed into a movement known as the Jeunesse Syndicaliste or Trade Union Youth leading to tensions with the Confederation of Christian Trade Unions, which sought make the JS their youth branch as Cardijn’s movement claimed its own autonomy.

1932: Fr Robert Kothen, an early member of the JS who was possibly the first JOC leader to become a priest, was appointed as Cardijn’s assistant chaplain. A few years later Kothen would enter into correspondence with the young Australian, Kevin T. Kelly, leading eventually to the foundation of the Australian YCW.

1932: Foundation of the Canadian JOC by Fr Henri Roy omi.

1942: With Belgium again occupied by Nazi Germany, Cardijn found himself arrested by the Gestapo on 6 June. Just as he had been during World War I, he was interned at the Saint Gilles Prison where he remained until 21 September 1942. During this period, he forged relations with Socialist leaders that would lead to post-war collaboration, replacing the conflict that had previously characterised their relations.

1962: Cardijn celebrates his 80th birthday in the middle of the First Session of Vatican II. Having served as a member of the Preparatory Commission on Lay Apostolate, he would soon also be appointed to the conciliar commission.