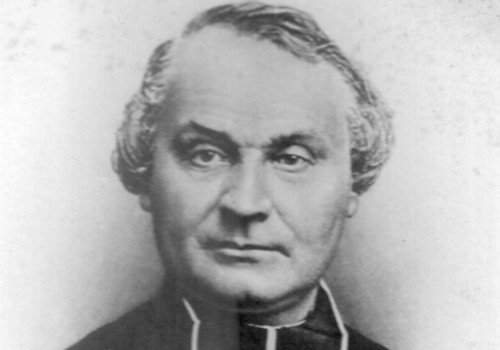 Born in Lille, France in 1805, Alphonse Gratry was a major influence on Cardijn and the first generation of JOC leaders and chaplains in particular.

Well-known for his theory of induction, Gratry was perhaps one of the earliest to make use of the expression “reading the signs of the times” in the sense that Vatican II would adopt a century later. Indeed, his tripartite formula “reality, reflection and resolution” anticipates Cardijn’s “see, judge, act.”

His most famous work, Les Sources, widely published until World War II, offers a plan of studies and a plan of life which reflect Gratry’s philosophy of the person.

Thanks to the late Sr Mary L. O’Hara, we now have Julián Marías’s (1914–2005) clear and  accessible study (5th ed.) on the core of Alphonse Gratry’s philosophy. Although he lived more than a century ago (1805–1872), Gratry addresses issues of concern today: the ontology of the human person with its body/soul unity; the intrinsic relationship of individuals to society and nature; and the problem of God.

Marías reclaims Gratry’s place in the history of philosophy and thoroughly explains Gratry’s original logic “written from the point of view of the juncture of philosophy and the human spirit.” He shows how Gratry’s theory of induction, in Plato’s original and foundational sense (Rep. VI), forms the heart of his metaphysics of knowledge—the science of transcendence by which the mind intellectually apprehends all reality: corporeal, psychic, and divine.

Gratry thus establishes a complete ontology of the human person—rational, free, and endowed with a three-fold sense: external, intimate (sens intime), and divine—dependent on unlimited being or God.

Gratry’s original logic and metaphysics stands on its own philosophical basis, but in Chapter 6, “Five Interior Adventures,” Marías includes a parallel, existential foundation drawn from Gratry’s private journal. This reveals how the young atheist underwent a series of near mystical experiences which gave him an inescapable awareness of God and confronted him with the moral choice for or against this reality.

In this extraordinarily lucid study, we now have access to the complete thought of Gratry, giving scholar and student, as Marías observes, a seemingly providential body of work needed in our time.

Video: Signs of the Times: From Alphonse Gratry to Vatican II