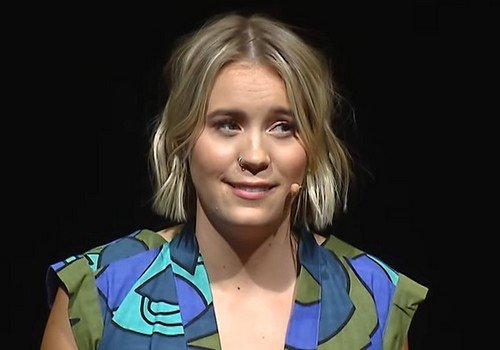 “I touch on some of the awesome work I’ve gotten to be part of with Social Reinvestment WA, Swim For Refugees, and Olabud Doogethu.

“If you think you don’t have the tools to change your world, think again,” TedX comments. “Sophie has successfully campaigned to change unfair laws, supported refugee communities and helped towns reduce youth crime. And through those experiences she has learned that there are fewer barriers to making change than you imagine.”

“Doing this talk was a real challenge- distilling big, unwieldy ideas into something concise, and you don’t have any notes as a safety net. I was almost hyperventilating back stage. Thanks to Rob, Ben, Joel, and Tamkin with TEDxPerth and TEDx KingsPark for helping me make some big ideas into something comprehensible and to Edd, and my friends and family who came to support me on the day. I hope you enjoy it!”

“And literally…. Thank you for coming to my Ted talk,” Sophie concludes.

Three things you already have that can change the world (TEDx)