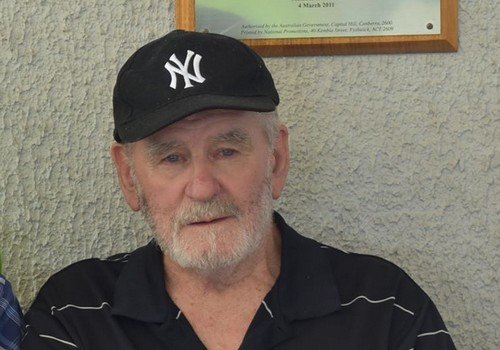 This month we say goodbye to Fr Mick Wheeler, a former Melbourne YCW fulltime secretary, who later became a priest.

Aged 82, he passed away at Epworth Hospital in Melbourne on Tuesday 11 August 2020.

“He embodied the Cardijn methodology of see, judge act and this stayed with him all through his life,” Bill added.” He was interested in everyone he met and was always ready to have a chat.

“Mick was humble and down to earth and really cared for people.  For more than 30 years he was the much loved Parish Priest of the very aptly named Parish of Wheelers Hill.”

Former ACI chairperson, Kevin Vaughan noted that he had first met Mick Wheeler in the YCW 60 years ago.

“I can always recall him working in the YCW office,” Kevin said. “He often told the story about Cardijn’s visit to Australia in 1966.

“Cardijn visited the seminary and spoke to the seminarians. Later, when he was sitting at the dinner table, Mick sat beside him with his arm around the back of his chair and he was told off for getting so personal with a giant of the church. May he rest in peace.”

After completing his seminary studies, Fr Mick was ordained a priest at St Patrick’s Cathedral, East Melbourne on 22 May 1971.

In 1986, he became Parish Priest of the newly established St Justin’s parish at Wheelers Hill, where he served with distinction for 30 years until his retirement in 2016. Parishioners remembered him as “a wonderful, kind, selfless man who gave so much to St Justins parish and the community.”

It was no doubt Fr Mick who arranged for the mural behind the altar to display the cross and the wheat of the YCW badge. It provided a fitting backdrop to his funeral service.