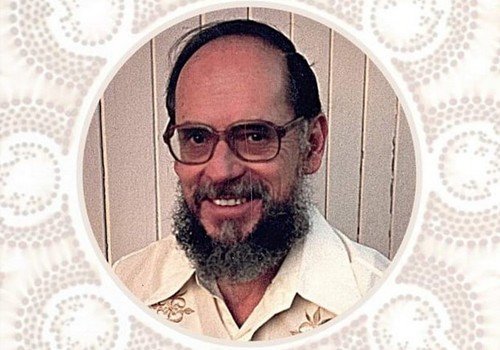 Richard Buchhorn, or Dick as he was known to many, had a nose for injustice, hence the title of his memoir Cry Stinking Fish. He wrote: “And those who say to you: why bother us with this? Sing out, men with strong noses must cry stinking fish.”

Dick didn’t simply cry stinking fish. He sought, firstly, to understand the basis of any injustice, then to communicate this to others whom he hoped might join him in action to eliminate the stink.

Born and raised in Glen Innes, upon leaving school Dick attended the University of New South Wales and graduated as a mining engineer. He also became aware of, and was influenced by, the Young Christian Worker movement (YCW), an international organisation of the Catholic Church. In later life he gave full credit to the lasting influence the YCW had on his life and personal philosophy. He decided to train for the priesthood, first in Australia and then in Rome, where he was ordained in 1960.

Returning to Australia, he was appointed to the Tamworth parish. As YCW chaplain, he learned that many junior bank officials endured poor conditions and were underpaid. Under his leadership, the YCW’s local campaign was taken up by other branches, and banks were forced to improve wages and conditions. Their next campaign spread state-wide, resulting in much improved training for young apprentices following legislation enacted by the NSW parliament. During these actions Dick met, for the first but not last time, supportive unionists.

Dick was the catalyst. When he was around, things happened quickly.

In late 1969 Dick was moved to Narrabri where he made friends with a couple who shared his opposition to Australia’s involvement in the war in Vietnam. He suggested that, instead of travelling to Sydney for the May 1970 Moratorium, they might organise one in Narrabri. They got a few more people together and the Moratorium went ahead in the town’s main street. Posters were displayed, leaflets and flowers were distributed, and an open forum that same afternoon was attended by some fifty people.

In 1983, Dick resigned from the priesthood but continued to live at Boggabilla. He and a most remarkable Murri, Lilla Watson, entered into a permanent relationship and in time moved into their home in West End, Brisbane. Reflecting on this period of his life, Richard Buchhorn described how important it was, in terms of his own liberation, to be welcomed so warmly into the Murri community, within which he gained a more profound appreciation of Murri values and their way of life. It was his hope, he wrote, that whitefellas might: “…do the right thing: respect the law, the culture, of the people into whose country we have come, and chosen to live: to learn who we are, and to enter into an appropriate relation with this land and its people”.

He is survived by Lilla, and the last words are hers.

“If you have come to help me, you are wasting your time. But if you have come because your liberation is bound up with mine, then let us work together.”