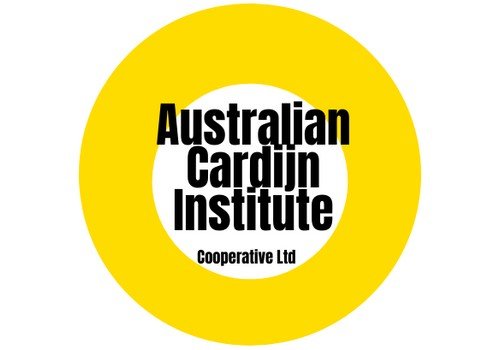 Next month, ACI will mark the third anniversary of our foundation meeting in Melbourne on 19 August 2018. In preparation for our forthcoming Annual General Meeting, ACI President, Brian Lawrence, shares his reflections on our progress and offers some thoughts for future development.

“The Australian Cardijn Institute Cooperative Ltd was founded in Melbourne in 2018.
Drawing on the vision and methods pioneered by YCW founder, Joseph Cardijn, ACI aims to promote research and offer training programs for community and church leaders.

In August 2021 ACI will reach its third anniversary and a review of our achievements and shortcomings, based on these aims, is timely. Furthermore, it is an opportunity to consider whether we should expand the aims.

The first of the aims set in 2018 must be the focus of ACI’s work. To be true to Cardijn’s legacy we must record and promote his vision, both in its original form and appropriately adapted for contemporary society.

At its core, Cardijn’s legacy concerns a theology about our relationship with God, the dimensions of Christian service to others and the role of the Church in the world. In this he is comparable to, for example, Frederic Ozanam and Mary MacKillop. All three became famous because of their responses to the social problems of their times. For Cardijn, the social problem was the brutalisation of young workers by the factory system and their alienation from a faith that is based on the God-given dignity of all. In some recent writings about Mary MacKillop and Frederic Ozanam you will find them largely described as social workers, ahead of their times. This might be a good selling point in some circumstances, but it sells them short. Similarly, we find that some recitations of Cardijn’s work are limited to his commitment to the working class, to young workers and to the “see, judge, act” methodology. This narrowing of Cardijn’s life and legacy sells him short. As an organisation that bears his name, ACI must faithfully reflect and promote Cardijn’s beliefs and values.

Because of Stefan Gigacz’s work, ACI now has and supports the best collection in the English-speaking world (at least) of the theology, life, and works of Joseph Cardijn. This has underpinned an informative monthly newsletter which Stefan produces. Since 2020, online events have enabled wider participation in ACI’s interests. This voluntary work has been done on a shoestring budget, reflecting a static membership list, with a very modest annual subscription of $12.00. While the research, newsletters and online events are of interest to a number of people within the Church, especially those with a YCW, YCS or similar background, they provide limited scope for active participation by potential members.

This work has also promoted a better understanding of Cardijn’s theology and of the teaching in Vatican II on the apostolate of the laity that can be traced to Cardijn and other Jocists. Sadly, support within the Church for the promotion of the apostolate of the laity has waned since Vatican II. An important part of ACI’s work in promoting Cardijn’s legacy is the advocacy of programmes to promote the apostolate of the laity, consistent with Vatican II. This includes the explanation of the theological basis of the Review of Life in Cardijn-inspired movements. The theology of the Review of Life is fundamental to the Vatican II teaching on the lay apostolate. It is more than a methodology of seeing, judging and acting undertaken in group meetings. One of our problems is that, in some places, the Review of Life has been stripped of its theological basis and has been secularised, thereby compounding the difficulties that we have in promoting the lay apostolate.

More attention needs to be given to advocacy in support of this understanding of the lay apostolate and to the development of publications and other resources in support of formation and social action programmes based on the Review of Life. Particular attention must be given to the youth apostolate. There are various strategies and programmes on offer for youth engagement within the Church, some of which are well-resourced and professionally presented. It is a competitive market in which the three interconnected Jocist goals of faith formation, social engagement and leadership development are undersold. We need to do more to promote this distinctive contribution of Jocist groups to the youth apostolate.

The second of our stated aims has not been met. The organisations that you would expect to be the main recipients of these education and training programs are the YCW, the YCS and the CCA, yet nothing of significance has developed, despite good relations between all four organisations. This requires further discussion. We need to find out whether these organisations want or need the kind of assistance that ACI would like to provide. The third and fourth aims are ancillary to the first two and have been met to some extent.

It is evident that the basic objective of ACI is to work with others who have a Cardijn-inspired orientation: to cooperate with them and not to duplicate them. It does not cover what may be described as work at the “coal face”. The aims do not encompass social action programmes concerning, for example, the Living Wage, the rights of workers, and the future of work. Nor do they cover the wider range of social issues in contemporary Australia. These are topics and initiatives that may be undertaken by other organisations. Furthermore, the aims do not encompass the establishment within ACI of small groups, based on the Review of Life, which are the basic units of Jocist organisations.

ACI’s current aims may be too limited to actively engage a large membership, but its activities are directed at a wider audience of individuals who are supportive of those aims. We need to promote membership to individuals within the wider group who might see “book” membership or a donation as a means of supporting ACI’s important work. We have not taken advantage of the opportunities to raise funds in these ways. Growing membership and possibly increasing its low annual membership fee can help ACI do more within the scope of its current aims.

It should be stressed that most, by far, of the activities undertaken by ACI have been the work of its Honorary Secretary, Stefan Gigacz PhD.  Stefan’s e-book, The Leaven In The Council: Joseph Cardijn and the Jocist Network at Vatican II, is based on his doctoral thesis.  The successes that ACI have had over its first three years are mostly attributable to Stefan.  We need to keep in mind that organisations are at risk when they are too dependent on one person and plan accordingly.

There is a case for sticking to the current aims and doing them better, but there are opportunities for greater involvement and impact. If growing ACI so that it can have some wider impact on the Church and society is the objective, we need to review the aims.

If we are to grow ACI membership well beyond our current numbers, we need to first broaden its aims. I suggest we consider two additional aims.

First, a programme for the study and promotion of Catholic Social Teaching. This is an area that falls within the Cardijn legacy. It is an essential reference point for social engagement. ACI could set itself as one of the leading bodies in Australia for the study and application of CST.

Second, and connected to the first, a public policy programme for research and advocacy on social issues. This would enable the undertaking of targeted campaigns on, for example, an aspect of the Future of Work or public advocacy for the Living Wage. Given Cardijn’s work and passion, aspects of the world of work are the obvious priorities.

Just broadening the aims of ACI will not mean that the anticipated actions will follow, and that membership and engagement will increase. We would need a strategy in respect of each aspect. Being able to undertake these tasks and increasing membership are connected: we need one to achieve the other.

If these kinds of initiatives were to be accepted, substantial re-structuring of ACI’s internal operations would be needed. There could be units within ACI covering:
• The life and vision of Joseph Cardijn.
• The theology and promotion of the lay apostolate.
• The study and promotion of Catholic Social Teaching.
• Public policy initiatives.
• Communications: newsletters, online communications, website maintenance, etc.
• Finance, including fundraising.

Our Annual General Meeting on 28 August 2021 will be an opportunity for a discussion among members about these kinds of options. However, it is important that ACI’s wider group of supporters, those who read the newsletters or access our social media, to express their views about the way forward. Please send any comments to sgigacz.aci@gmail.com