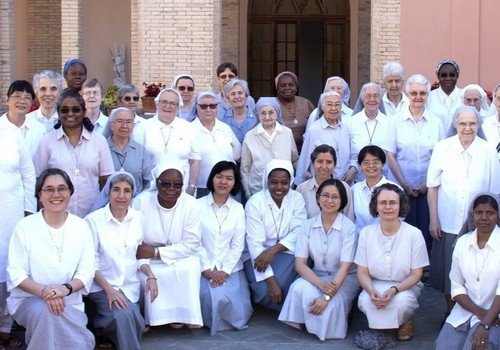 Sr Heather Weedon FMM has published her 2017 PhD thesis on “The Evolving Missiology of the Franciscan Missionaries of Mary” on the Academia website.

In her thesis, Heather notes the similarity between the discernment method followed by founder, Hélène de Chappotin, and the jocist see-judge-act method.

“When discerning any situation, Helene studied the issue, then prayed about it, asking advice from her spiritual director or others whose opinions she valued, before making any final decision,” Heather writes. “This method was continued by her Sisters and followed Cardinal Cardijn’s method.”

Indeed, the Franciscan Missionaries of Mary have had a long relationship with the Cardijn movements with Cardijn himself acknowledging his own indebtedness to an earlier superior general of the order.

Upon the death of the Superior General of the Sisters, Mother St Michel, in 1931, Cardijn wrote that he “…owed a lot to her for the founding of the JOC.” A number of Sisters who had been members of this movement were inspired to join the Institute through their involvement with the YCW. The YCW method of reflection is widely used today at meetings (eg., General Chapters, discernment programs) by the Sisters.

In Australia and Papua New Guinea, FMM sisters “used the (Cardijn) method of see-judge-act in their schools as a system of gospel study in the Young Christian Students Association.”

Heather also notes that “a number of Sisters who had been members of this movement were inspired to join the Institute through their involvement with the YCW.”

And the Franciscan Missionaries of Mary continue to make use of the Cardijn method in the discernment processes of the congregation:

Taking up the invitation of Pope Francis above, the Sisters have chosen to rethink their structures, beginning with the community life of the Sisters. They are doing this through a series of meetings throughout the world. Provincials from one Province have been coordinators of meetings in a Province other than their own. Thus, they have the opportunity to
hear from Sisters of another culture, nation, and context. In this way, the Sisters are continuing their manner of discernment using the See-Judge-Act of the Young Christian Workers [YCW].