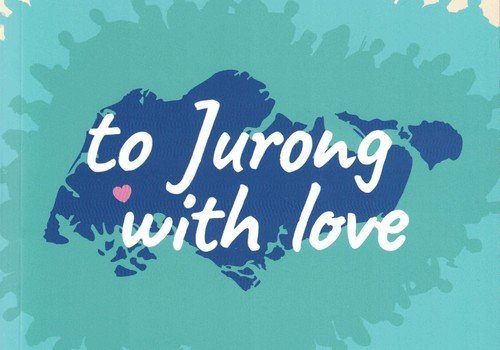 Former Singapore YCS and YCW leader, Tang Lay Lee, has published a history of the Singapore YCW entitled “To Jurong with love.”

She traces the history of the movement from its beginnings in 1954-55 by French Foreign Mission priests Frs Hippolyte Berthold and Louis Amiotte-Suchet in the parish of Saints Peter and Paul to its ultimate end in 1998.

In a chapter entitles “From parish to periphery,” Lay Lee explains the YCW’s transition from a parish-based movement to one that focused its work in Singapore’s then strongly developing industrial area of Jurong in the west of the island.

Her choice of the word “periphery” is perhaps highly significant because while the word echoes Pope Francis’ call for the Church to move to the peripheries of society, it also echoes the way in which the YCW itself became somewhat marginalised by the Church.

Worse, during the 1980s, the YCW’s work became the subject of accusations of communism and Marxism by the nation’s rulers, leading in 1987 to the arrest of many Church workers, including Lay Lee herself.

Moreover, it is no accident that these arrests took place just a year after the toppling of the Marcos regime in the neighbouring Philippines, events in which the Catholic Church as well as many grassroots Catholics played a large role.

The book also gently gives rise to questions about the strategy of moving from parish to periphery? Was this a success? Was the change too abrupt? Would it have been possible to maintain parish YCW groups while developing the new outreach to industrial areas?

In fact, the YCW in many other countries, particularly in Asia, followed a similar trajectory that of the Singapore YCW. Few have been able to maintain the movement in this manner. There is much to ponder from this experience.

‘To Jurong with Love’ concludes with a chapter of reminiscences and testimonies from YCW leaders of various generations.

Their sentiments are well summed up in the moving poem that introduces that chapter and which gave the book its title.

Although it concludes with the end of the movement in 1998, there is much to learn from Lay Lee’s excellent and heartfelt history as well as great inspiration for a new foundation.

To Jurong With Love

The roads to Jurong from everywhere were tough, decade after decade.

We went with our different backgrounds and quests, we met as strangers,

we became friends through YCW at work, at the Centre.

We left Jurong for the world, forever changed by all that we experienced and understood

of the working and living conditions confronting workers, day in day out.

We left Jurong for the world with new eyes, by the grace of God

heartened by the solidarity with one another as human beings,

To Jurong With Love.