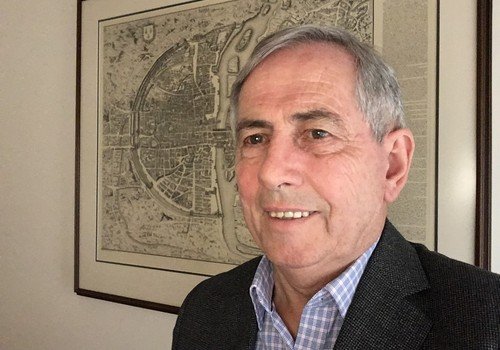 Mr Lawrence has said that he accepted the appointment because the “Australian Cardijn Institute is a strong supporter of the Church’s social ministry and the principles of lay formation adopted by the Second Vatican Council”.  He added “A necessary step in shaping the future of Church in Australia is understanding what the universal Church said five decades ago about the role of lay people within society and within the Church.”

On a personal level, Mr Lawrence recalled that he joined the Young Christian Workers, which was co-founded by Father Joseph Cardijn, in 1960 and was inspired by the then Cardinal Joseph Cardijn during his visit to Melbourne in 1966.  “Cardijn and the Vatican Council shaped my view of Catholicism in the 1960s and I am convinced of the relevance and importance of both in 2020”.

In his recently published paper reviewing the Catholic Social Ministry Conference held at Catholic Theological College, Melbourne, in November 2019, Mr Lawrence argued that the Church needs to rediscover the mission of social engagement and lay formation promulgated by Vatican II.  His paper, which is now on the ACI website, argues that the Church’s social ministry and the development of lay formation are inextricably linked.

Mr Lawrence has proposed three practical steps to promote the Church’s social ministry and lay formation.  First, he recommended that every deanery in Australia should establish a Catholic Social Ministry Council which would support the Church’s social ministry, provide education in Catholic Social Teaching, develop the resources needed for lay formation and encourage and support parish-based initiatives.

Third, he proposed that a National Council of the Laity be established to promote  lay formation in accordance with the objectives and principles of the Second Vatican Council.

Mr Lawrence added that an immediate task of the ACI will continue to be agitating for these kinds of reforms within the Church, but that its longer term task is to fulfil its objective when established in 2018: undertaking research and developing training resources for the promotion of the lay apostolate and the Church’s social ministry.

Outgoing ACI Chair, Kevin Vaughan welcomed Mr Lawrence’s appointment. He noted that YCW founder, Joseph Cardijn had long insisted on the need for an adult lay apostolic movement.  “ACI is well placed to contribute to this task,” he said.