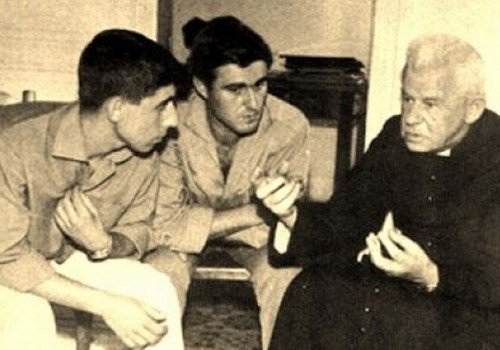 “Fans of Vatican-themed intrigue undoubtedly would say that the Belgian cardinal with the greatest direct influence on Pope Francis has to be Godfried Danneels of Brussels, a member of the so-called “St. Gallen Group” of left-leaning Princes of the Church who, reportedly, tried to block the election of Benedict XVI in 2005, and remnants of which later allegedly helped propel Francis to the papacy,” writes John L. Allen Jr.

“More sober observers, however, probably would insist that the real answer actually is Belgian Cardinal Joseph Leo Cardijn, the famed pioneer of the “See-Judge-Act” method in applying Catholic social teaching, the 51st anniversary of whose death falls today.

The bond between Francis and Cardijn runs, in part, through St. Alberto Hurtado, a revered Chilean Jesuit deeply familiar to the future pope, since then-Father Jorge Mario Bergoglio spent a year in 1960 living in the same house of studies outside Santiago where Hurtado lived and worked for much of his career.”