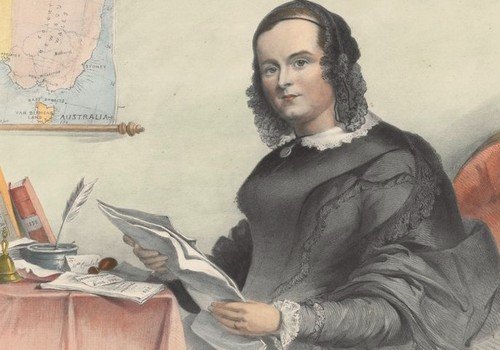 In our April webinar, ACI will look at the life of Australian lay apostolate pioneer, Caroline Chisholm, known for her work with immigrant women and on family welfare.

Born in 1808, she arrived in Australia with her husband, Archibald, in 1838. They soon became aware of the difficult conditions that faced newly arrived immigrants, particularly young women who came without any money, friends, or family, or jobs to go to. Many turned to prostitution to survive.

Chisholm found placement for these young women in shelters, such as her own, and helped find them permanent places to stay. She started an organisation with the help of the governess for an immigrant women’s shelter. During the seven years she lived in Australia, she placed over 11,000 people in homes and jobs.

After a spell in England, the Chisholms returned to Australia to live in Victoria, where Caroline continued her work with immigrants, winning praise from the community and the Victorian government. In 1858, the family returned to live in Sydney before retiring to the UK in 1865 where they lived their final years. Caroline and Archibald both died in 1877.

Clara Staffa Geoghegan is co-director of the Siena Institute and an executive secretary at the Australian Catholic Bishops Conference.