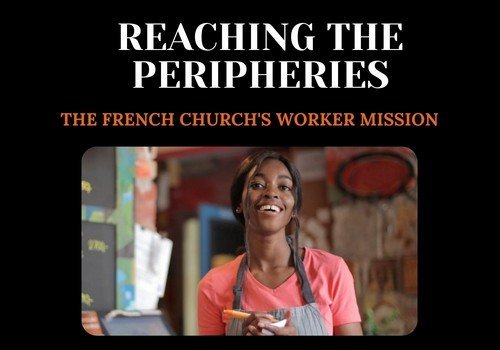 Next week we are holding another special event to look at the work of the French Catholic Church’s Mission Ouvrière, the worker mission established 80 years ago to reach out to working people.

Many of us will remember Pope Pius XI’s famous lament to Cardijn that “the greatest tragedy of the 19th century was the loss of the working class to the Church.”

Others will recall the famous book, France, Pays de mission – France a mission country -, written by YCW chaplains, Henri Godin and Yvan Daniel, which showed the extent to which the Church had lost touch with the masses.

Since then, Pope Francis has reframed that mission as a mission to the “periphery,” meaning reaching those people beyond the reach of the Church’s traditional structures.

And this is the work of the French Mission Ouvrière, which continues to provide a framework for the YCW, the Christian Workers Movement, a children’s movement, workers priests and a whole range of apostolic groups.

Could it offer a model for Australia today as the Church seeks to implement the decisions of the recent Plenary Council?

To discuss this and other issues, we’ve invited Jackie Hocquet and Bernard Schricke, both former YCW leaders, now working with Caritas France, to explain the Worker Mission model. This is a made-to-measure pathway for students who wish to become priests but without abandoning their existing studies. It was launched fifty years ago this year under the auspices of France’s Mission Ouvrière (Worker Mission) and the Catholic Action movements.

“At that time in 1967, the number of seminarians was in free fall and the bishops had decided to close down the minor seminaries,” recalls Fr Emmanuel Goulard, superior of the GFU seminary.

“The seminary was therefore founded as a place of discernment and initial formation for students while they continued their university studies,” he explains.

This was a specifically French innovation that has continued to develop over the course of the last half century.

There were around one hundred such students during the early 1980s when Lille vicar general, Fr Bruno Cazin, who is also a medical doctor, took this path.

Now there are seventeen GFU students across France with four or five new students beginning the program each year.

Fr Cazin, a specialist in hematology [the study and treatment of blood], is convinced that the pathway continues to offer great value.

“It was while working in a hospital that I really came to understand Christ and the Gospel and that is why I stayed,” he explains.

“The GFU pathway also allows students or young professionals to test their vocation by sharing the daily life of people.”

To sum up, an extra muros seminarian fully combines seminary and student life until, after completing their engineering, philosophy or other secular studies, begin the classical theological studies leading to the priesthood.