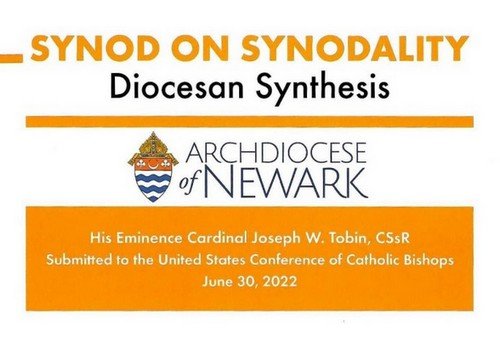 In its diocesan synthesis for the Synod on Synodality in 2023, the US Archdiocese of Newark has called for “significant formation” on the “priesthood of the laity” and in “lay leadership.”

Provide significant formation regarding “the priesthood of the laity” and how each person is called to be a disciple of Christ through baptism for members of the laity and Church leaders.

The report noted that “many parishioners are more focused on their local concerns rather than on global issues.”

“Pastors, parish staff members, and school and campus leaders can facilitate “lifelong learning” by gathering groups to read, study and reflect on the many resources available to know more about the faith and contemporary issues the Church is speaking of,” the synthesis continued.

Giving examples, the synthesis noted that “parishioners can be invited to come together for Small Christian Communities, Bible study, books, journal studies, etc., on parish or deanery levels.”

It concluded that there was a need to “help parishioners who are unsure how to reach out to the margins: the poor, former Catholics, unchurched, younger generations, and others.e

“Training is needed in ways to gently reach out to others and invite them into the life of Christ,” the synthesis added, calling for “lay leadership training in parish leadership, ministries and groups, social justice and outreach.

The synod consultation process provided the Archdiocese with a new opportunity, not only for the prayer, dialogue and discernment called for by Pope Francis, but also a way to think concretely about how to address issues on the local level. A goal for the synod listening sessions was to reach as many people as possible throughout the Archdiocese. As the Archdiocesan planning team began to organize the diocesan consultations, they provided information sessions so that everyone could learn about the Synod and ways they could participate. It was hoped that parish pastoral councils, with some additional training, could facilitate the listening sessions in their respective parishes. This was very effective in gaining participation from a significant number of people. In places that did not have functioning pastoral councils, other leaders were called upon to facilitate the listening sessions. 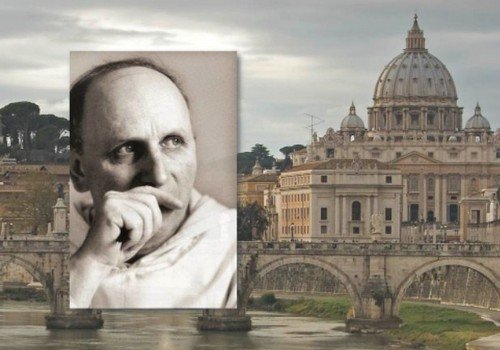 French theologian, Fr Eric Mahieu, was our guest for the June ACI webinar focusing on the theology of the great French Dominican priest, Yves Congar, a major 20th century theologian and a key actor at the Second Vatican Council.

Born in Sedan, France, in 1904, French Dominican Yves Congar was a leading 20th century theologian, who exercised a major influence on the Second Vatican Council.

A strong advocate of ecumenism, he also played a significant role in the development of a theology of the laity. His work “Lay People in the Church,” first published in French in 1953, was one of the first major theological treatises on the role of the laity.

From his days as a young priest stationed at the Dominican convent, Le Saulchoir, then located in Belgium, he led retreats for the young leaders of the emerging Young Christian Workers movement. Subsequently, he worked closely with the French Workers Catholic Action movement.

Later he would describe the YCW as “a prophetic initiative from the periphery” consecrated by a pope, Pius XI, “equally moved by a prophetic spirit.” The outcome was “a magnificent creation, an opening full of developmental promise: a prophetic work born of a twin prophetic movement linking the periphery and the centre,” Congar wrote.

In 1965, he encouraged Cardijn, who had recently been made a cardinal by Pope Paul VI, to make the most of his role as a Council Father at the Fourth Session of Vatican II, assisting Cardijn with the drafting of his speeches.

During the Council, he kept a day by day journal, recording the events, conversations and discussions in which he was involved. This was published after his death in 2000 under the title “Mon journal du Concile” and in English in 2012 as “My Journal of the Council.”

Recognising his lifetime of theological achievement, Pope John Paul II made him a cardinal in 1994, just months before his death at the age of 91 in 1995.

Eric Mahieu is a priest of the Diocese of Lille in France, who has taught theology at the Catholic Institute of Paris for 15 years. A renowned scholar of Congar’s work, he edited Congar’s Vatican II notes for publication.

Currently, he is a university chaplain as well as parish priest at Our Lady of the Pentecost in Lille.

Yves Congar, My Journal of the Council (ATF Press) 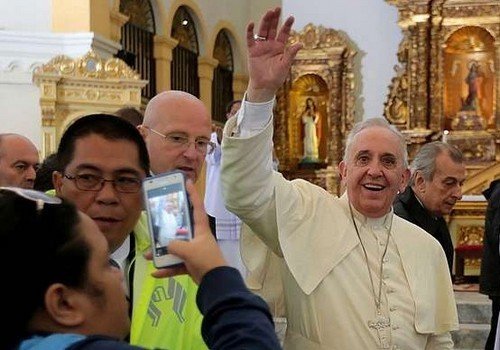