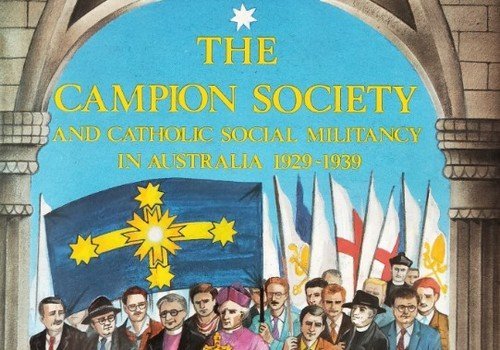 Inspired by the encyclicals Rerum Novarum and later by Quadragesimo Anno, in 1929 a group of Catholic university students from Melbourne launched a study circle they called “The Campion Society” to study and act on the social issues facing Australia.

As the Great Depression took hold over the next decade, the Campion Society members launched or helped launch a wide range of social initiatives, including the YCW, the Australian National Secretariat of Catholic Action, the National Catholic Rural Movement and many others.

In our first ACI webinar of 2022, Colin Jory, author of “The Campion Society and Catholic social militancy in Australia 1929-39” and Richard Doig, author of a doctoral thesis “The National Catholic Rural Movement and a ‘New Deal’ for Australia: the rise and fall of an agrarian movement 1931-1958”, will share their research on these pioneering lay apostolate initiatives.

The Campion Society and the development of the lay apostolate in Australia, Tuesday 15 February 2022, 7pm AEDT.

Richard Doig, The National Catholic Rural Movement and a ‘New Deal’ for Australia: the rise and fall of an agrarian movement 1931-1958 (Charles Sturt University)