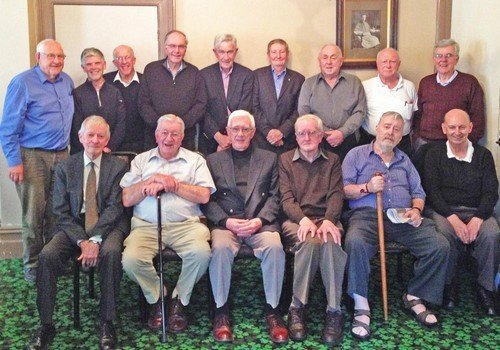 This month we note the passing of former Melbourne YCW leader and chaplain, Frank “Charlie” Hornby, who died in Canberra on 12 September surrounded by his wife, Geraldine, and their children Patrick, Simon, daughter in law, Sarah, and grandchildren. (Daughter Mary died in 2007.)

Prior to entering the diocesan seminary, Corpus Christi College, Werribee, Frank was already a member of Diocesan Executive in Melbourne.

In 1957, he was one of a record number of former YCW members who became seminarians there.

“I recall joining a study group on Catholic Action with some of them and Thomas Furey where we worked through Challenge to Action, a collection of Cardijn’s speeches. The one that stands out in my memory is entitled, ‘The hour of the working class’.

“Speaking in 1948, Cardijn outlined the characteristics of modern industrial working conditions and argued that ‘the workers’ problem’ (Cardijn’s phrase for all the issues facing the industrial working class) had to be taken seriously by Christians and that it existed separately of agitation by communists and socialists. Studying such texts in the company of former YCW leaders was a good school for me.”

Mgr Frank Marriott from Sandhurst Diocese recalled that he met Frank Hornby in 1965 through their mutual interest in YCW.

He “was optimistic and thoughtful and respectful of the country man,” Mgr Frank recalled.

“In time we both had diocesan responsibilities for YCW and in those days there were four full time chaplains from Melbourne serving the National movement as well as the Archdiocese…..How times have changed,” he added.