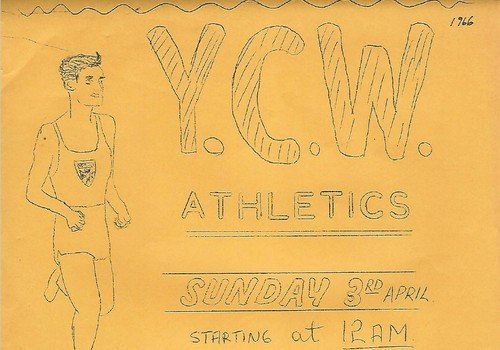 It is rare for local YCW branch records to come to light. Kevin Ryan’s records of St Agnes Parish Highett include minutes of 1960s meetings, letters from members in New Guinea, records of activities such as the YCW campaign to rebuild houses burnt after a bushfire, and organisation of YCW athletic carnivals.

ACI commissioned an archivist report on cataloguing, and digitisation of those documents that are either fragile or would be of general interest (such as ‘The Friday Evening Post’ and ‘The Highett Whisper’) if published on-line, and also to canvass future secure storage options for Kevin’s consideration.

Highett was an influential branch of the Australian YCW, producing leaders who subsequently made significant contributions within credit, land and trade co-operatives, trades unions, social movements (such as the road safety campaign, and the community legal services movement), business, and sport, and also within the church.

There is also interest in production of a short history based on these records and interviews. These might stimulate reflection by veterans on this formative part of their lives, and strengthen their continuing bonds.

A history would also contribute to an understanding of the place of the YCW in society and church. It might also inspire other branches to launch a similar exercise.

For the present generation of YCW leaders a history might provide insights into former methods, and provide some inspiration in this rebuilding phase.

The successful grant applicants will be announced in July.