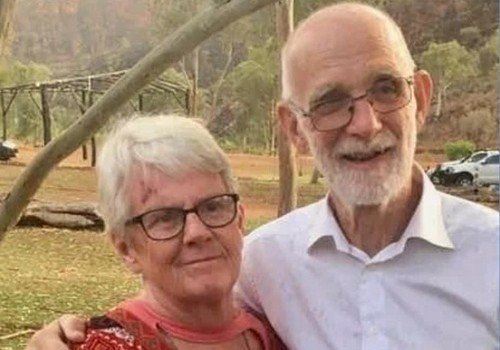 Bowden’s doctoral thesis, entitled Searching Altyerre to Reveal the Cosmic Christ: A contribution to the dialogue between the ancient Arrernte imaginary and Christianity, is now being prepared for publication.

The thesis aims to show the continuing relevance of the “Altyerre”, which can be translated as dreaming, dreamtime, abiding event, creator or God, has continuing relevance not only for the local Arrernte people. Indeed, the Altyerre helped sustain the people in the face of the invasion by European colonistsn which threatened the Arrernte people with extinction, Bowden writes..

“The Arrernte have constructed an imaginary: a deeply structured foundational description of reality, defined in the thesis as Altyerre-Catholicism,” Bowden writes.

“Altyerre-Catholicism in the way it is lived is a gift to the Catholic Church and to the world,” he writes. “And in a manner beyond even the best of charity known to Christians – despite Invasion, dispossession, marginalisation, impoverishment, incarceration, and the sad dismissal of their gifts by White Australia – they continue to offer this richness to anyone and everyone who walks up to their open front door.”

Mike Bowden was raised as a Catholic in Melbourne, attending St Kevin’s College, Toorak, before entering Corpus Christi Seminary. However, after two years he decided that the ordained priesthood was not his path.

He married his wife, Judy, in 1969, the same year he won a VFL premiership with Richmond.

In 1983 the family moved to Pukatja, an Aboriginal community of Pitjantjatjara and Yankuntjatjara people on the South Australian and Northern Territory border, about 150 kilometres from Uluru. There he taught at the Our Lady of the Sacred Heart Catholic College in Alice Springs founding the Ntyarlke Unit; before moving to Tangentyere Council as community development manager.

He graduated with his PhD in February 2020, just two months before his death.

“A recipient of the Medal of the Order of Australia, a life member of the Australian Labor Party and the Richmond Football Club, (Mike Bowden) was archetypically Australian; a sporting hero; with sporting hero children; he had friendship and respect Australia-wide; a beautiful wife who balanced and loved him in every way; around him were political and community leaders who respected and followed his guidance,”