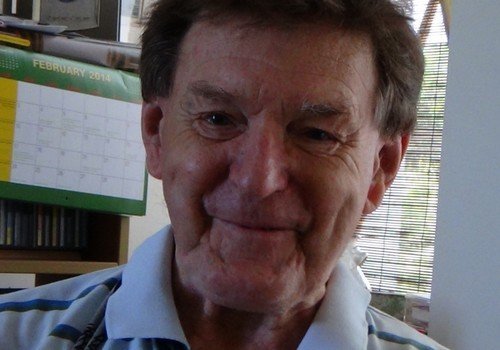 Former Brisbane priest and YCW chaplain, John Maguire, who became ecclesiastical assistant to the lay auditors at the Second Vatican Council died on 28 April at the age of 91.

John was a close friend of Pat Keegan, a founding leader of the English YCW and the first lay auditor to address the Council. It was at Keegan’s request that Paul VI appointed him as ecclesiastical assistant to the lay auditors.

He was present for several critical moments of the Council, including the dramatic Black Week at the end of the Third Session in November 1964.

At the Council and afterwards, he also became close friends with Charles Moeller, the Belgian literary scholar and theologian, who played a significant role as peritus at Vatican II.

Upon his return to Australia, John left the priesthood – at least in the traditional sense – and initially became a labourer at the Doomben racetrack.

Later he became a lecturer in history at James Cook University in Townsville. While there, he wrote a highly regarded history of the diocese entitled “Prologue.”

In 1992, he wrote a deeply personal memoir, entitled “Blessed are the Cheesemakers” taken from the Monty Python film “The The Life of Brian,” recalling his experience as a student of Thomistic philosophy in Rome, as well as his struggle to “grapple with” and to be accepted for his homosexuality.

In 1999, John wrote another book “What is conscience? A cautionary tale,” originally intended as Volume 1 of a trilogy on “Conscience and the Moral Law.”

In the preface, he quoted a 1969 talk by Moeller to Brisbane priests:

As we move into the discovery of our own answers, we will need then to call on memory, on history, to reflect on the answers previous generations have given to these same questions. I believe eventually we shall be surprised how close what we will be saying will be to what others have said before us – but, at the same time, we will be seeing it all differently. With fresh insights, we will express everything with new emphases, nuances. More importantly, our answers will be alive within us, not merely parroted answers we have received from others.

As John recalls, “Moeller’s words touched a deep chord within me”:

By that time my own journey had already made me strongly aware that, just as every child has to learn to walk from inside itself, listening to the call of its own body, its own spirit, discovering its own freedom, accepting its own limitations, so too, each of us has to find the truth, the freedom of life, of love, of God, for ourselves – from within ourselves. Truth and freedom can never be separated. Truth can only be discovered in freedom; freedom can only be preserved in truth – the truth which is the God “Who Is”.

John Maguire, Blessed are the Cheesemakers

John Maguire, What is conscience? A cautionary tale.