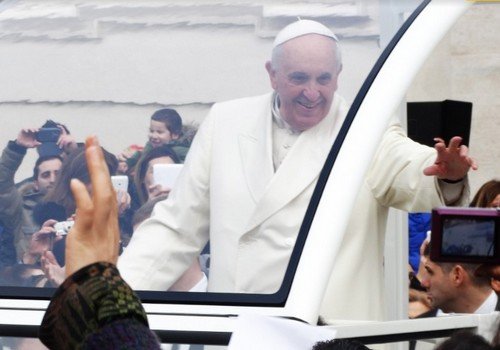 Some 278 Catholic bishops, clergy, religious personnel and lay people will meet as members of an unprecedented Plenary Council during 4-9 July to finalise the resolutions of their first assembly last year. However the May working document ‘Framework for Motions’, despite much worthy content, especially on Indigenous affairs, relies on a narrow notion of mission overly focused on inner-church issues at the expense of the wider social engagement that Francis emphasises, writes Fr Bruce Duncan CSsR in Eureka Street.

(It is) puzzling how the Framework for Motions overlooks the specifically secular mission of lay women and men in their daily work, occupations, communities and families. Merely a single paragraph calls for deepening the ‘lay apostolate in the world based on attentiveness to the “signs of the times”, scriptural reflection, prayerful communal discernment and a commitment to engagement with the broader Australian community through listening and dialogue’ (#80). But it does not explain why this secular involvement is so crucially significant, especially for Pope Francis.

‘Francis has explicitly recast this see-judge-act method into the process of synodality and discernment, calling the whole Church to learn this way of listening carefully to others, especially the excluded or marginalised.’

Let me explain. The paragraph refers to the famous see-judge-act process developed by a Belgian priest, Canon Joseph Cardijn, nearly a century ago for use by young working women and men in factories and workplaces. Cardijn formed groups to discuss their life and work issues (‘see’), to reflect together using a Gospel passage for spiritual guidance (‘judge’) and then to take action to change situations (‘act’).

It was a circular process of empowerment for people to take charge of their lives and challenge unjust practices. It became known as the Young Christian Workers Movement and spread internationally, even to Australia, especially in Melbourne and Adelaide. Based on people’s personal experiences, it linked faith cogently with their real life issues, giving them strength and courage to make often difficult decisions but acting always on their own responsibility. This method often empowered people for the rest of their lives and careers.

Francis has explicitly recast this see-judge-act method into the process of synodality and discernment, calling the whole Church to learn this way of listening carefully to others, especially the excluded or marginalised.

Francis urges a ‘cultural revolution’ in the church, to undertake ‘the slow work of changing structures, through participation in public dialogue, where decisions are made that affect the lives of the most vulnerable.’ He said that the social apostolate is to empower people ‘“to promote processes [italics added] and to encourage hope”, to help communities grow, to be aware of their rights, to apply their talents, and create their own futures’. He dreams of a ‘Church that does not stand aloof from life, but immerses herself in today’s problems and needs, bandaging wounds and healing broken hearts with the balm of God.’

His notion of mission is thus not confined to inner-church matters. At the opening of the 2021-1923 Synod on Synodality on 9 October 2021, he said that the Vatican Council understood mission as including ‘apostolic commitment to the world of today’, but warned that this was opposed to ‘proselytism’. In an address to Catechists on 27 September 2013, he insisted: ‘What attracts is our witness… Words come…. But witness comes first: people should see the Gospel, read the Gospel, in our lives.’