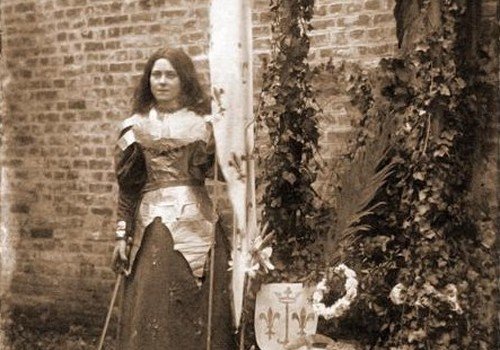 Next year will mark the 150th anniversary of the birth of YCW patron saint, Therese of Lisieux, who was born on 2 January 1873.

UNESCO is commemorating her life following a proposal by France with support from Belgium and Italy made at the suggestion of the Shrine of Lisieux.

In presenting Thérèse de Lisieux to the UNESCO Executive Council on 25 March 2021, the French government wrote:

“Thérèse of Lisieux was a nun who died at the age of 24 and is best known for her posthumous publications, including Histoire d’une âme. This celebration will contribute to bringing greater visibility and justice to women who have promoted the values of peace through their actions.

Given the fame of Thérèse of Lisieux in the Catholic community (the city of Lisieux being the second most popular place of pilgrimage in France after Lourdes), the celebration of her birthday can be an opportunity to highlight the role of women within religions in the fight against poverty and the promotion of inclusion, in line with the Sustainable Development Goals (SDGs) 1 and 161.

It can also reinforce UNESCO’s message on the importance of culture (poems and written plays) in promoting universal values and as a vehicle for inter-religious dialogue.”

It was Pope Pius XI who proposed Therese as patron saint for the YCW and indeed for all Catholic Action movements during a YCW pilgrimage to Rome in 1929.

Cardijn recorded the event as follows:

What praise and what a responsibility!

We swore before the Pope to re-Christianise workplaces and to win back all our companions to Jesus Christ and the Church.

Therese of Lisieux, a woman of culture, education and peace (Shrine of Lisieux)

Saint Therese of Lisieux: A Gateway